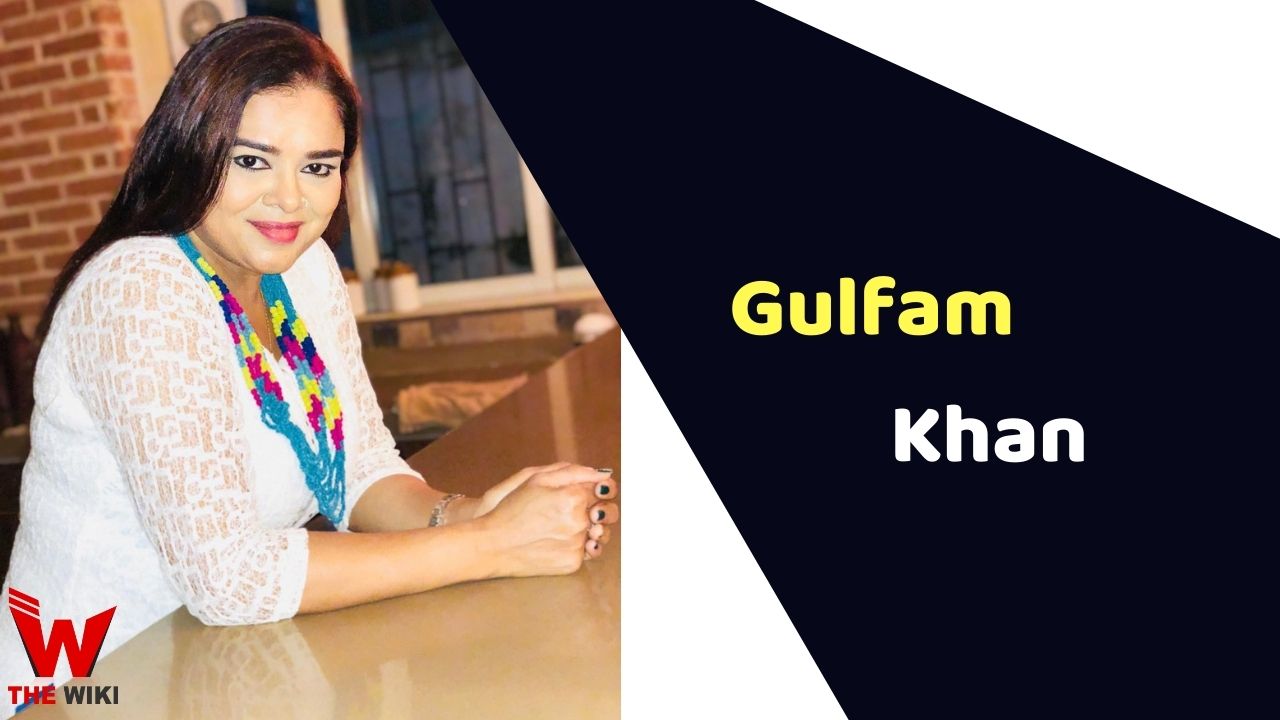 Gulfam Khan is an Indian television actress. She is known for her work in television shows such as Diya Aur Baati Hum, Aladdin – Naam Toh Suna Hoga, Ghar Ki Lakshmi Betiyann, Naamkarann etc. She is also a voice artist and worked in Bollywood films.

Gulfam Khan was born on 6th June 1975 to an muslim family in Mumbai, Maharashtra. Her father name is Rehamatulla Khan, a businessman and her mother Chandbi Khan, a housewife. She has 4 siblings in which 3 are sisters (Rubina Khan, Noor Jahan Khan, Amina Khan) and 1 brother, Shakir Khan. Her Hometown is Mumbai.

Khan completed her schooling from Silver Beach Public School, in Juhu, Mumbai. She had done her graduation in Bachelor of Commerce from Tolani College of Commerce, Mumbai.

Gulfam Khan is active in acting industry from 2003. She got her first breakthrough with TV show Lipstick in 2003, she played important character of Guddi in the show. She was also starred in Khwabo ki Zameen Par, Ishq ka Rang Safed, Madhubala, Diya Aur Bati Hum. Her stunning role in Bhagyalakshmi won a lot of hearts.

Despite being actor, Gulfam also started writing and screenplaying  in 2007. She had written some great shows like  ‘Comedy Circus’ and an international movie ‘Hiss’. Currently he is working in Aladdin: Naam to Suna Hoga and she is playing the role of Aladdin’s aunt.

Gulfam Khan is married. She got married in 2013, with Sajjad Ali.

Some Facts About Gulfam Khan

If you have more details about Gulfam Khan. Please comment below we will updated within a hour.