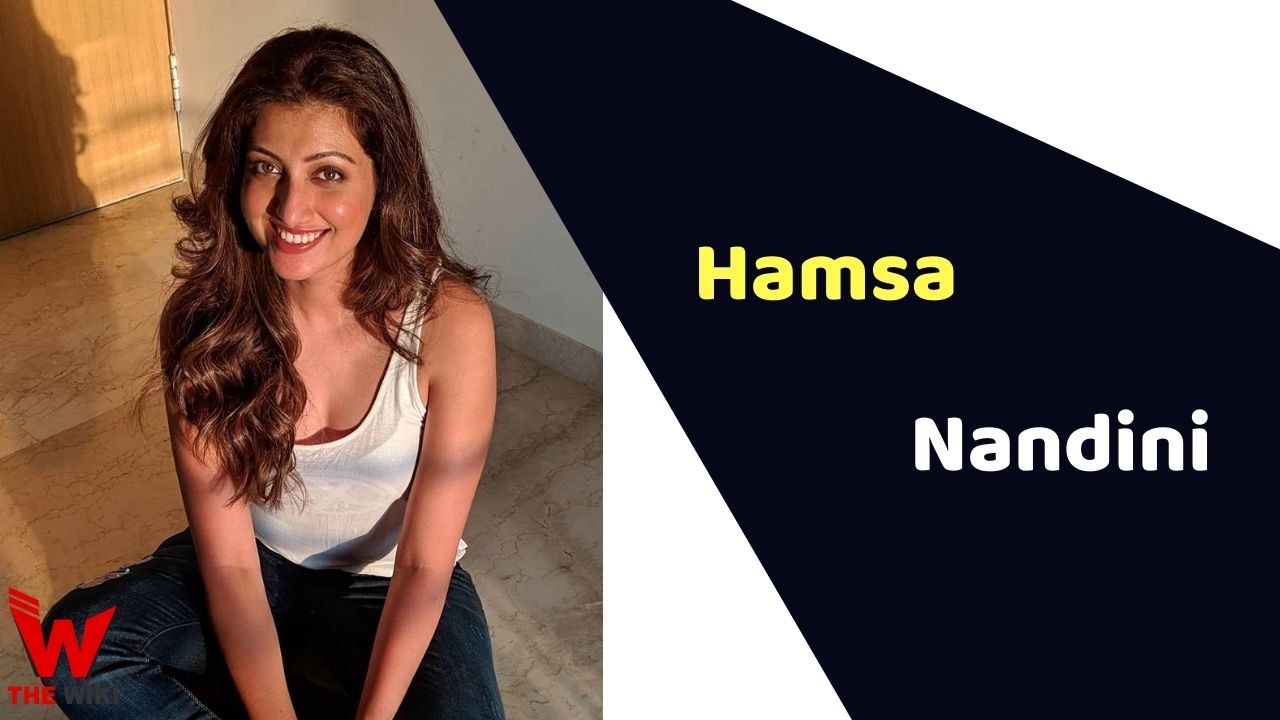 Hamsa Nandini (also known as Poonam Bartake) is an Indian model and actress who predominantly works in South Indian film industry. She has been worked in several Kannada, Telugu and Tamil films. Nandini got immense popularity by performing item songs in films like Kittu Unnadu Jagratha, Atharintiki Daaredi, Mirchi and Bhai.

Hamsa Nandini was born on 8 December 1984 in Pune, Maharashtra to middle class traditional Hindu family. She always wanted to follow her passion of acting and modelling. In 2002, she moved to Mumbai and stared working for various modelling companies. She has featured in several television commercials and modeled for MaaStars magazine, Celebrity Cricket League, Hyderabad International Fashion week.

Nandini started her career as an actor through Telugu film Okatavudaam in the year 2004. She got her first breakthrough role by Kannada horror–drama film Mohini 9886788888 directed, co-produced and written by Rajendra Singh Babu. She starred as lead actress alongside Aditya, Sadha, Suhasini
Anu Prabhakar and Avinash. Later she has appeared in many Telugu films including Aha Naa Pellanta, Adhineta, Anumanaspadam, Loukyam etc.

Some Facts About Hamsa Nandini

“I am happy doing a five-minute dance number as gives her phenomenal reach and a good platform to reach out to the masses.”

4 months ago, I felt a tiny lump in my breast. That very moment I knew that my life was never going to be the same. 18 years ago I had lost my mom to a dreadful disease and I had since lived under its dark shadow. I was scared. Within a couple of hours, I was at a mammography clinic getting the lump checked out. I was asked to immediately meet up with a surgical oncologist who suggested that I needed a biopsy. The biopsy confirmed all my fears and I was diagnosed with a Grade III Invasive Carcinoma (Breast Cancer). After a plethora of scans and tests, I walked bravely into the Operation Theatre where my tumour was removed. At this point, the doctors confirmed that there was no spread and I was lucky to have caught it early.

If you have more details about Hamsa Nandini. Please comment below we will updated within a hour.