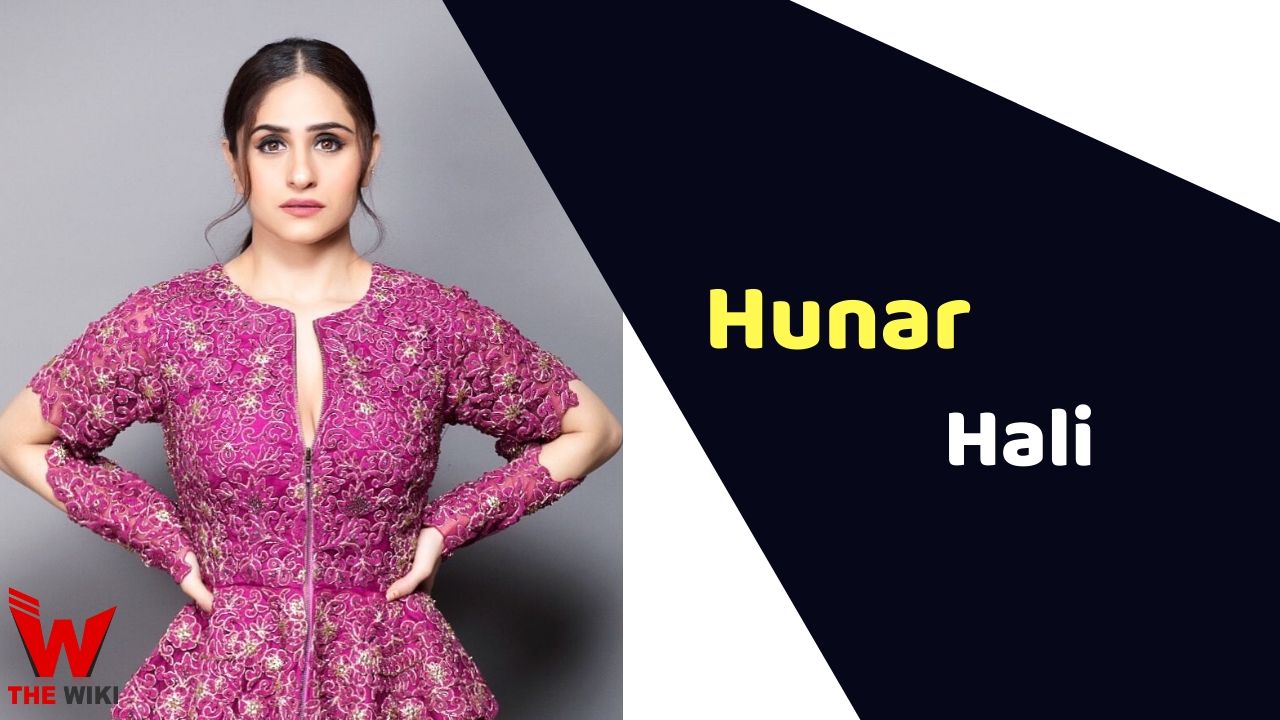 Hunar Hali is an Indian television actress. She is known for television shows like Paramavatar Shri Krishna, Patiala Babes, Dahleez. She started her career in the year 2007 with the TV show Kahaani Ghar Ghar Kii.

Hali was born on 9 September 1989 in Delhi. She started her career with the TV show Kahaani Ghar Ghar Kii in the year 2007. After this show, she also appeared in Star Plus’s other serial Grihasti. Her role of Soni Khurana was very much liked in this show. After this show, she never looked back and worked in popular tv serials like Sasural Genda Phool, Mukti Bandhan, Dahleez, Ek Boond Ishq etc.

Hunar played the role of lead actress for the first time in the TV show Chhal – Sheh Aur Maat. Apart from television, she is also active in the film industry. In 2013, she appeared in the role of Dimple in Akshay Kumar’s film ‘Boss’.

Some Facts About Hunar Hali

“Survival Of The Fittest” #thenewnormal #today Exercise Daily , Eat the Right Food , Portion each Meal , Be sure to get your Daily Dose of Sleep (remember thinking will not lessen your worry. You can only change what is in your hands leave the rest in the creator’s hands) , Stay Motivated & if at all you decide to step out make sure you are; “Intelligently Concentrated”. #goodmorning#mondaymotivation#wordsofwisdom#wordstoliveby#welcoming#newworld#motivation#thoughts#fitlife#healthylife#yogapose#vriksasana#pose#athome#fitness#goodliving#eathealthy#sleepwell#worryless#healthishappiness#takecareofyourself#takecontrolofyourlife#practicegratitude#thinkpositive Conversation with @iwmbuzz

If you have more details about Hunar Hali. Please comment below we will updated within a hour.