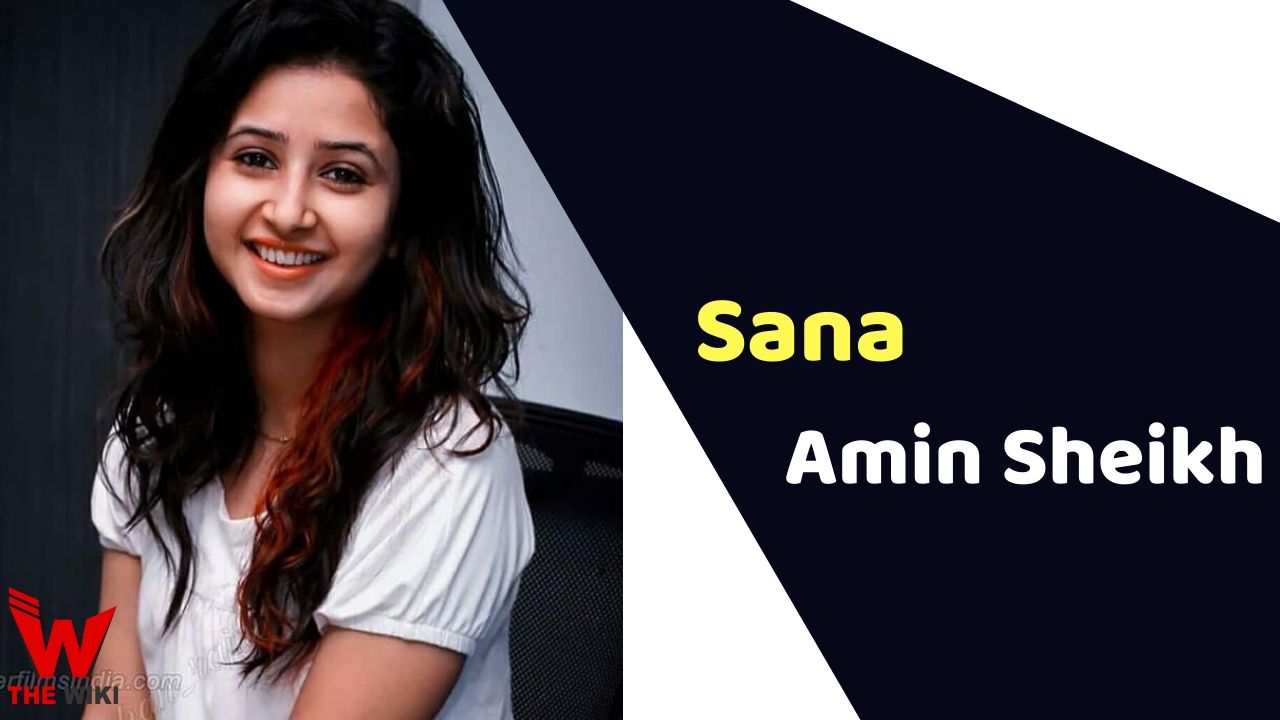 Sana Amin Sheikh is an Indian television actress. She is famous for television shows such as Nazar, Gustakh Dil, Jeet Jayenge Hum and Mera Naam Karegi Roshan. She started her career as a child artist in the TV show Hasratein.

Sana Sheikh was born on 10 August 1989 in Mumbai, Maharashtra. She belongs to a Muslim family. She worked as a child artist in the TV show Hasratein at the age of just 5 years. Shaikh did her schooling from Mumbai’s St. Joseph’s Convent High School. After which She completed her graduation from RD National College.

Shaikh started her career as a Radio Jockey. At the age of just 15, she started working on Radio Mirchi 98.3 FM. She used to host show named Khoobsorat Sana on this radio. In 2009, she made a television debut with the TV show Kya Mast Hai Life. she played the role of Ritu Shah in this show. After this, she played lead roles in TV shows like Jeet Jayenge Hum and Mera Naam Karegi Roshan. She has worked in more than 50 TV shows so far.

Apart from television, she is also active in films. She has worked in films like Singham, Table No. 21, Island City etc.

Sana married TV director Aijaz Shaikh on 14 January 2016. The wedding took place at a hotel on Mira Road, Mumbai. They met each other for the first time during the promotional event of the show ‘Kaisi Yeh Yaariyan season 2’. After which they got engaged in private ceremonies on August 30, 2015. Her marriage ceremony attended by television celebrities like Digangana Suryavanshi, Pallavi Gupta, and Aniruddh Dave.

Some Facts About Sana Amin Sheikh

If you have more details about Sana Amin Sheikh. Please comment below we will updated within a hour.