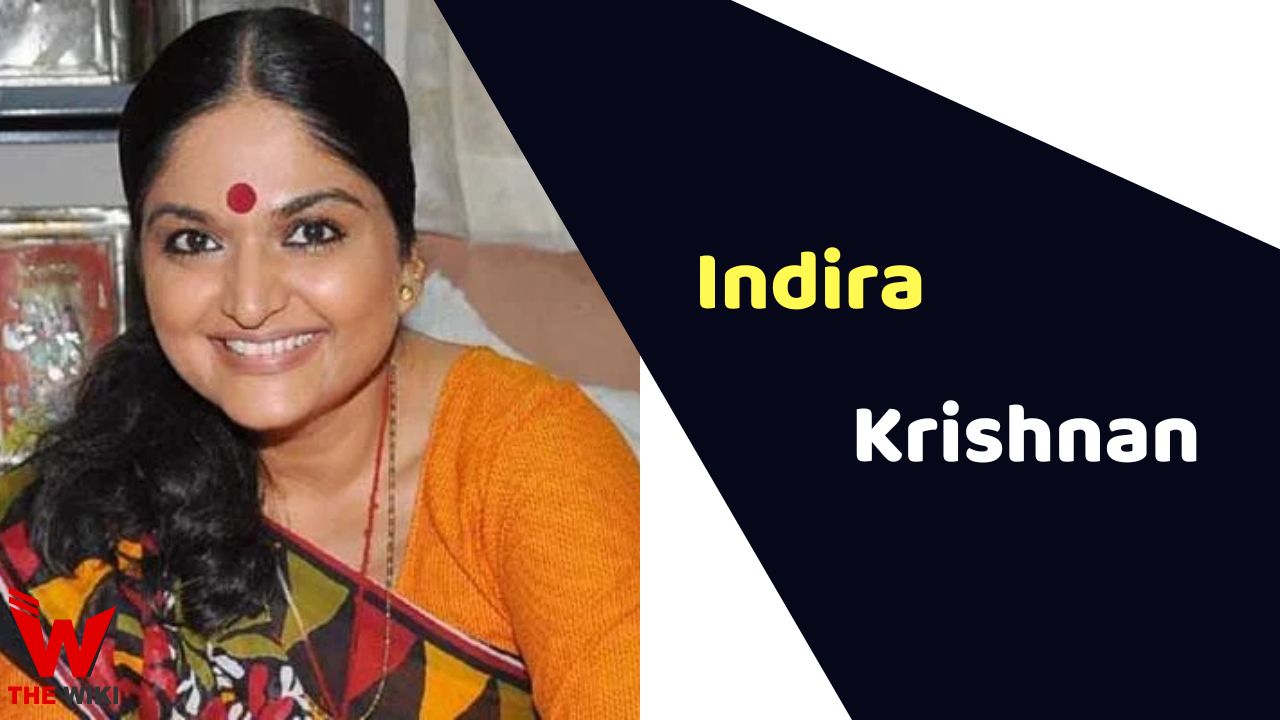 Indira Krishnan is an Indian actress who mainly works in Hindi television industry. She is best known for her roles in a television serials like Krishnaben Khakhrawala, Krishnadasi, Yeh Hai Chahatein, Firangi Bahu, Waaris etc. Beside television, she has also worked in Bollywood films like Tathastu, Faisla, In Your Name and Aaj Ka Ravan.

Indira Krishnan was born on 1 March in Mumbai, Maharashtra. Her mother was a Bharatnatyam dancer. Indira was married to a director and writer named Rajesh Rashinage. The couple also has a son named Anirudh Rashinage.

Indira started her career as an Air Hostess. Later she entered acting by making an Odian film debut named Suna Panjuri (1995). After then she worked in a Hindi movie named Aaj Ka Raavan in  2000.  She also worked in popular Hindi film Tere Naam starring Salman Khan and Bhumika Chawla in 2003. She played the role of elder sister of Nirjara Bharadwaj portrayed by Bhumika Chawal. She subsequently appeared in Tathastu (2006), Chatur Singh Two Star (2011), Holiday: A Soldier Is Never Off Duty (2014), and Hey Bro (2015).

Indira made her Hindi television debut in a serial named Door Kinare Milte Nahi in 2000. She also worked in other television serials such as Manzilen Apni Apni (2001), Afsar Bitiya (2011).

Some Facts About Indira Krishnan

If you have more details about Indira Krishnan. Please comment below we will update within an hour.