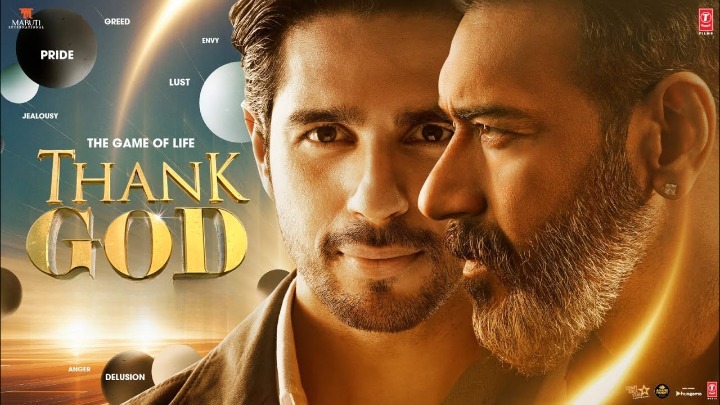 Thank God is an Indian Hindi language film directed by Indra Kumar and penned by Aakash Kaushik and Madhur Sharma. It features Ajay Devgn, Sidharth Malhotra and Rakul Preet in the lead roles. The film is made under the banner of T-Series Films & Maruti International Production.

Thank God was scheduled to release in cinemas on 29 July 2022 but got postponed till 25 October 2022. The principal photography began in Mumbai on 21 January 2021 and was wrapped up on 11 January 2022. Other details related to the film is given below.

If you have more details about the film Thank God, then please comment below down, we will try to update it within an hour