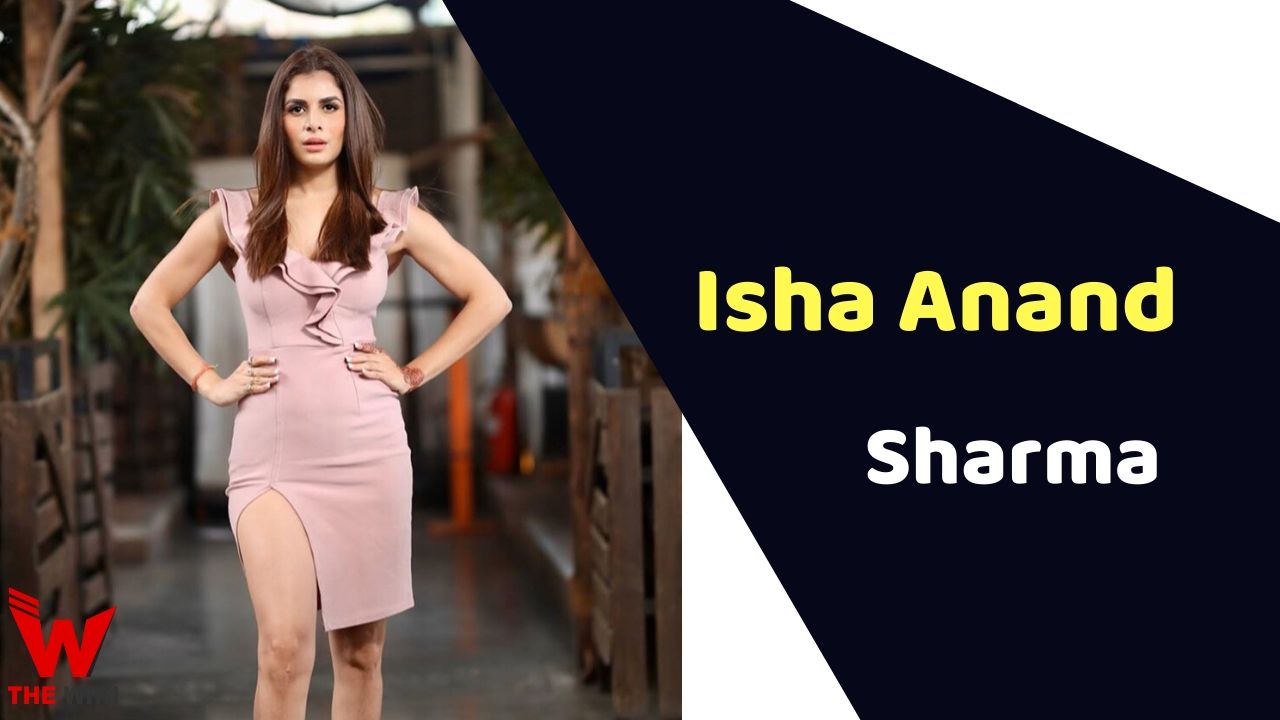 Isha Anand Sharma was born on 11 May 1993 in Jaipur city of Rajasthan. After that she got her primary education from Kendriya Vidyalaya No.2, Jaipur. After which she Completed her graduation from St. Wilfred’s College for Girls. She made her debut in the glamor industry in 2008 by winning Miss Rajasthan.

She gained fame in the television from MTV’s show Splitsvilla 9, in this show she appeared as a Contestant. After this show she played important role in serials like Kasam – Tere Pyaar Ki, Woh Apna Sa, Super Sisters – Chalega Pyar Ka Jaadu and Kundali Bhagya.

Some Facts About Isha Sharma

If you have more Details about Isha Sharma. Please comment below we will updated within a hour.