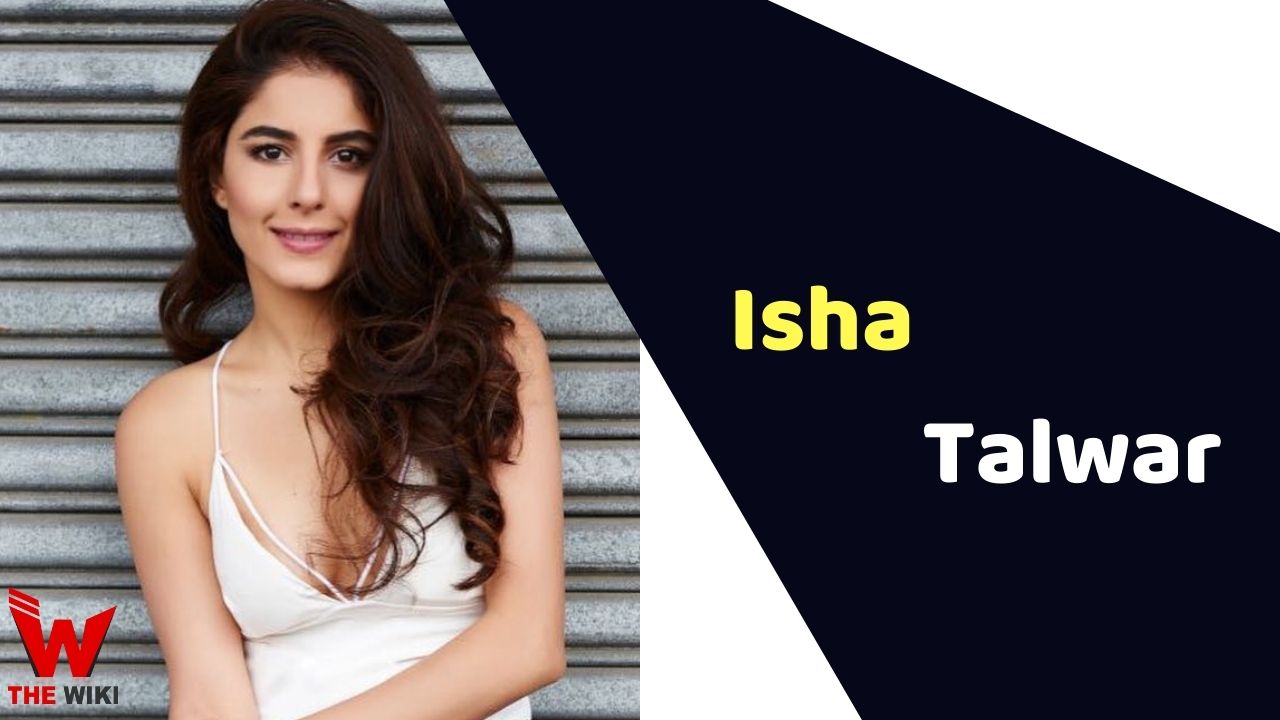 Isha Talwar is an Indian actress and model. She is best known for Malayalam and Hindi language films. Isha started her career as a child artist in film Hamara Dil Aapke Paas Hai. She has also worked in a few Tamil and Telugu films. Isha is from Mumbai, Maharashtra, India.

Isha Talwar was born on 22 December 1987 in Mumbai, Maharashtra to a Punjabi family. Her father is Vinod Talwar, who works in bollywood as a director and executive producer for Boney Kapoor. She graduated from St. Xavier’s College, Mumbai. In 2004, she joined choreographer Terence Lewis’s dance school, where she learned various dance forms such as ballet, jazz, hip-hop and salsa.

Talwar started her career as a model and appeared in more than 40 commercials for brands like Pizza Hut, Vivel Fairness Cream, Kaya Skin Clinic, Dulux Paints etc. Although She was as a child actress in the Bollywood film Hamara Dil Aapke Paas Hai in 2000.

She made film debut as a lead actress in 2012 with the Malayalam film Thattathin Marayathu. She become overnight sensation with her character Aisha. Isha took a four-month voice training class and earned to play the guitar. Later she was seen in other Malayalam movies like I Love Me, Thillu Mullu, Balyakalasakhi, Ulsaha Committee, God’s Own Country, Bangalore Days.

Isha has also acted in Hindi, Tamil, and Telugu films. In 2017, she appeared opposite to Salman Khan in a Kabir Khan’s directed movie Tubelight. Although this film has failed at the box office but Isha manage to establish herself in bollywood film industry. In 2018, she was seen alongside Saif Ali Khan in Kaalakaandi. In 2019, she made her debut in the digital world with the web series Home Sweet Office. After that she worked in Parchhayee, Swaha and Mirzapur 2.

Some Facts About Isha Talwar

If you have more details about Isha Talwar. Please comment below we will updated within a hour.