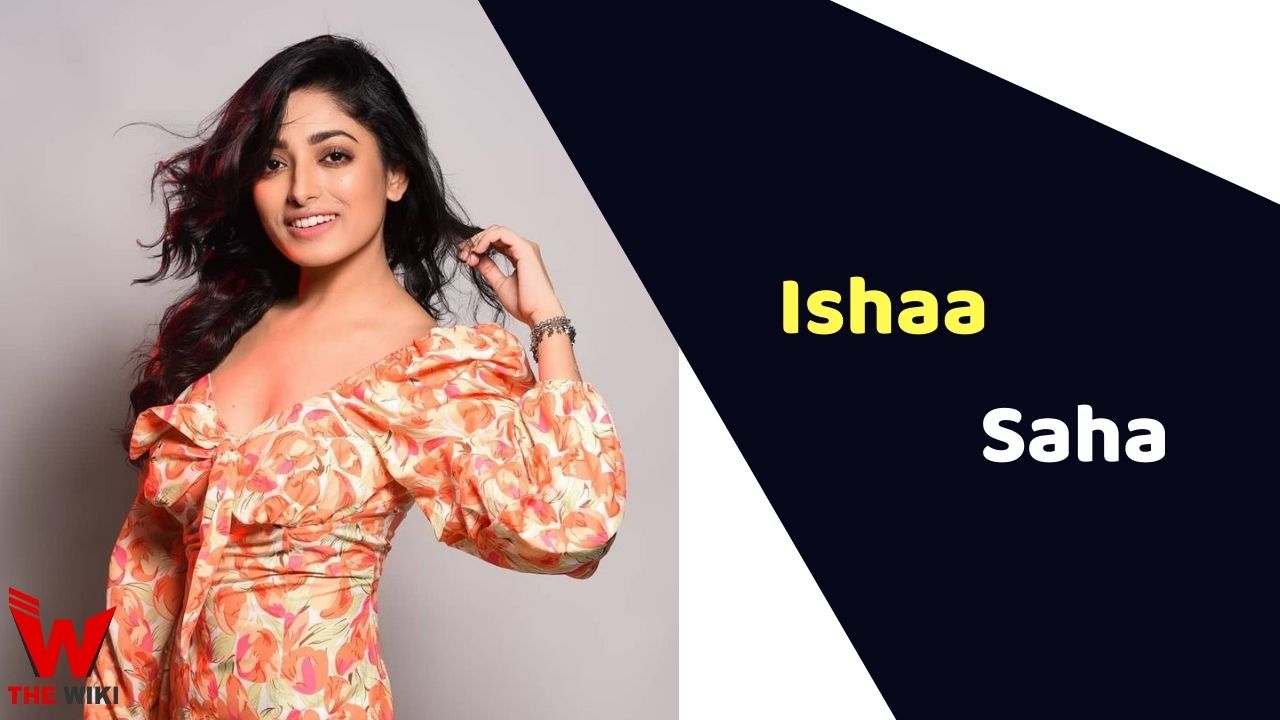 Ishaa Saha is an Indian television and film actress who predominantly works in the Bengali industry. She debuted with the Bengali television serial Jhanjh Lobongo Phool played the lead role of Lobongo aired on Star Jalsha in 2016. She also acted in the Anindya Chatterjee’s Bengali film Projapoti Biskut as Shaon in 2017.

Ishaa Saha was born on 26 February 1990 in Kolkata, West Bengal. Her father’s name is Shankar Saha, and her mother’s name is Pranati Saha. She completed her graduation in Bachelor of Laws from the University of Calcutta.

Ishaa made her debut with the Bengali movie Projapoti Biskut as Shaon in 2017. The Next year, she cast in the action, and mystery movie Guptodhoner Sondhane as Jhinuk, friend and love interest of Abir in 2018.

In 2019, Ishaa played role of Tulika (Tuku) in family-drama film, Sweater. The films is based on a decent girl whose family is afraid for not having any qualities to get married. In the same year, she acted in the Bengali movie Durgeshgorer Guptodhon as Jhinuk in 2019. She featured as Shweta in the Bengali psychological thriller movie Buro Sadhu in 2019. She played the prominent role of Sudhamukhi in the thriller-drama movie Detective in 2020. The movie is set up on the eponymous short tale of Rabindranath Tagore. In 2021, she has done three films back to back like Torulatar Bhoot as Kamalkali, Golondaaj as Krishnakamalini, and Sahobase as Tista.

Ishaa started her career with the Bengali television serial Jhanjh Lobongo Phool as Lobongo aired on Star Jalsha in 2016. In 2018-19, she got featured in two seasons of the Hoichoi’s web series Japani Toy. She appeared as Sohini in the web series Daab Chingri aired on Zee5 in 2019. In the same year, Ishaa acted in the series Bhalobashar Shohor (Story: Kolkatar Kobitara) as Malini. She played the role of Ananya in the Hindi web series Mafia alongside Namit Das and Tanmay Dhanania in 2020.

Recently, she did a series Boyfriends & Girlfriends directed by Suvankar Paul on the Hoichoi channel in 2021.

Some Facts About Ishaa Saha

If you have more details about Ishaa Saha. Please comment below we will updated within a hour.