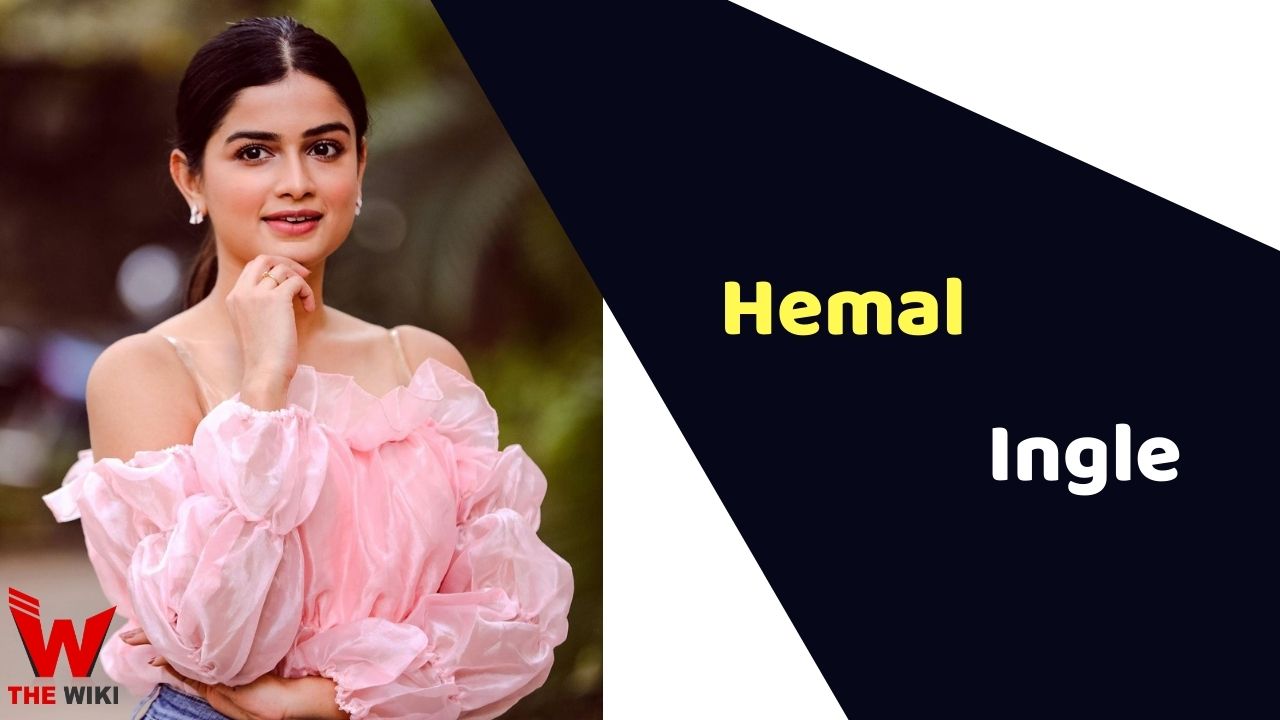 Hemal Ingle (also known as Hemal Dev) is an Indian television actress and model. She is known for playing lead role in Star Plus television show Vidrohi alongside Sharad Malhotra. She has also part of Marathi films like Aas and Ashi Hi Ashiqui. Hemal is active in entertainment industry since 2018.

Hemal Ingle was born on 2 March 1996 in Kolhapur, Maharashtra to a Maharashtrian Hindu family. Her father’s name is Devendra Ingle and mother’s name is Dhanashri Ingle. She has a younger sister Siddhi Ingle in the family. Hemal completed her schooling from Kolhapur based Holy Cross Convent High School and Shantiniketan School. She did graduation in Bachelor of Arts in economics from Ferguson College, Pune. Hemal also did master’s in Quantitative Economics from Shivaji University.

Hemal was quite acting in modeling during her graduation, which inspired her to try her luck in acting industry. She made her acting debut through Marathi film Ashi Hi Aashiqui directed and written by Sachin Pilgaonkar opposite to Abhinay Berde. She was later part films like Hushaaru and Aas. In 2021, she rosed to fame by playing lead role opposite to Sharad Malhotra in Historical drama TV show Vidrohi.

Some Facts About Hemal Ingle

If you have more details about Hemal Ingle. Please comment below we will updated within a hour.