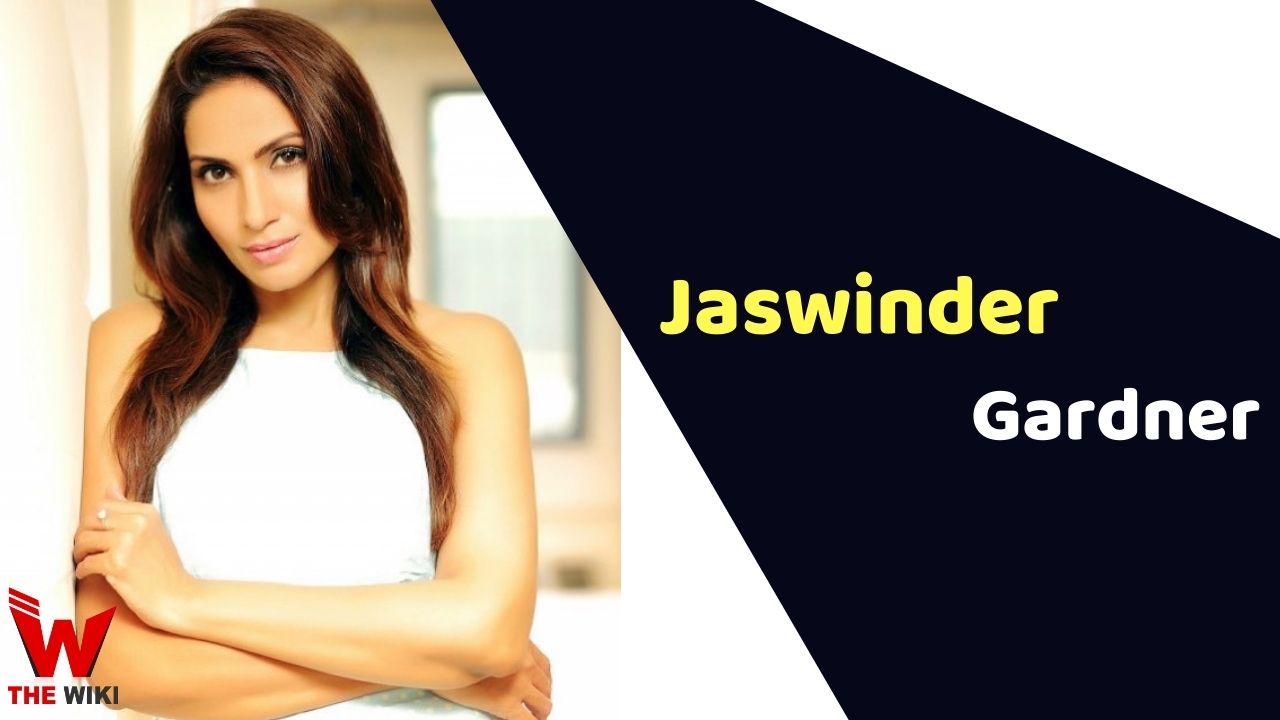 Jaswinder Gardner was born as Jaswinder Sachdeva on 16 November 1983 in Bhagalpur, Bihar to a Sikh family. She has two siblings, Amandeep Sachdeva and Anuja Sachdeva.  Jaswinder studied at Notre Dame Academy in Patna. She graduated from Mithibai College, Mumbai, and further pursued a fashion designing course from JD Institute of Fashion Designing.

Jaswinder started her career with small cameo roles in film and television. Her first known performance was seen in TV show C.I.D. in 2010. Later she featured in many Bollywood films like Ready, Children’s Party, Shootout at Wadala and Dekha Jo Pehli Baar and Chitkabrey. Jaswinder played prominent role of Maharani Padvika in Star Plus TV show Prem ya Paheli: Chandrakanta. In the same year, she did another serial Ek Deewana Tha as Madhvi Bedi.

In 2021, She was seen in Sony Entertainments’ television show Ishk Par Zor Nahi as Savitri Malhotra, mother of male lead.

Jaswinder married to Frank Gardner who is a Christian. After marriage, she changed her name to Jaswinder Gardner. The couple also has two sons.

Some Facts About Jaswinder Gardner

If you have more details about Jaswinder Gardner. Please comment below we will updated within a hour.