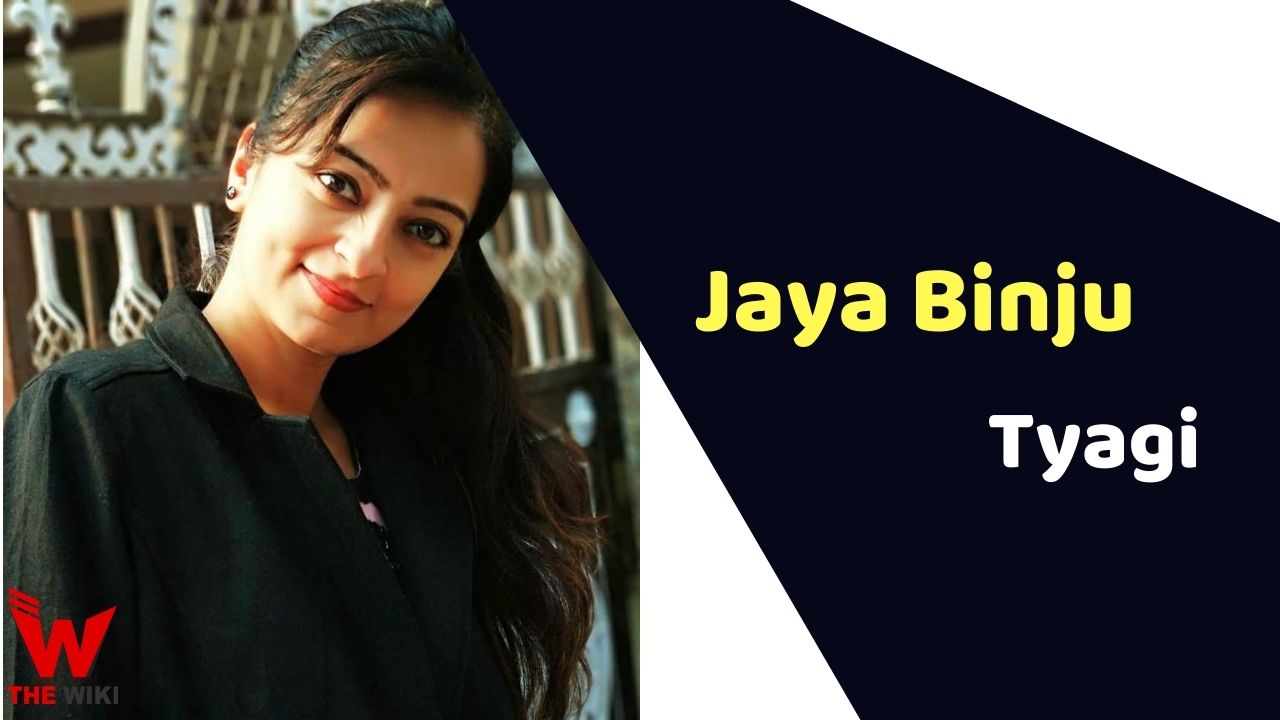 Jaya Binju Tyagi is an Indian television actress. She is known for television shows Baalveer Returns, Krishnadaasi, Kesariya Balam Aavo Hamare Des, Zaara etc. She started her career as a journalist. Jaya is originally from Delhi.

Jaya Binju was born in New Delhi. After schooling, she started modeling. Concurrently she got degree in Mass Communication from Guru Gobind Singh Indraprastha University. In 2002, she started working for Hindustan Times as a journalist. An advertisement agency offered her an advertisement which she accepted. After this she appeared as a model in many advertisements.

In 2003, Jaya left her job and came to Mumbai. In Mumbai, she got her role in Sahara One’s TV show ‘Ghar Ek Sapnaa’. She appeared in an important character of Tulika In this show. Later she appeared in many television serials like Naaginn, Phir Subah Hogi, Raat Hone Ko Hai, Krishnadasi etc. She also played the lead role in the TV show Kesariya Balam Aavo Hamare Des in 2009.

Jaya Binju and actor Sachal Tyagi married on 17 November 2010. They were dating each other for 3 years. This couple lives at their residence in Mumbai.

Some Facts About Jaya Binju Tyagi

If you have more details about Jaya Binju Tyagi. Please comment below we will updated within a hour.