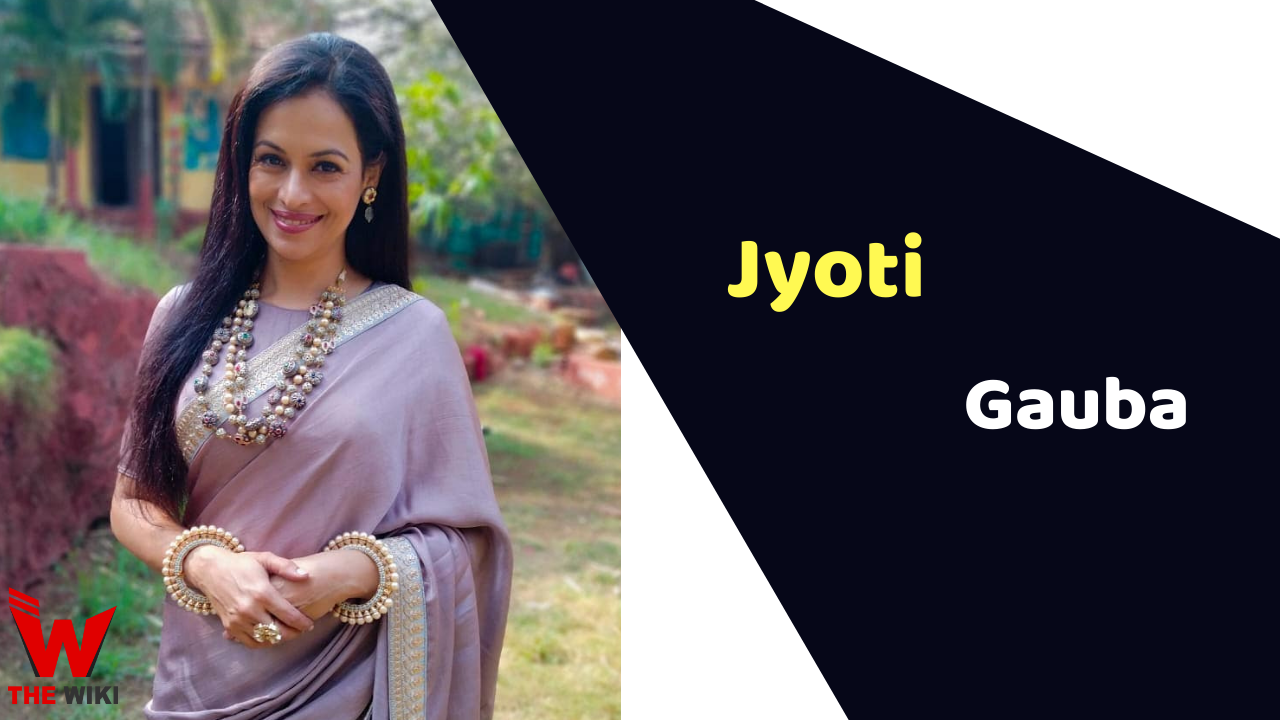 Jyoti Gauba is an Indian television and film actress. She is known for her performance in the Hindi film Thoda Pyaar Thoda Magic. She started her career in 2008 and is presently working in the television industry. Jyoti has worked on television shows like Maat Pitaah Ke Charnon Mein Swarg, Badii Devrani, Kasam Tere Pyaar Ki, Karn Sangini, Naagin 4 and Imlie etc.

Jyoti Gauba was born on 16 July 1985 in Mumbai, Maharashtra. She did her schooling from Mumbai and graduated in Bachelor of Science from Mumbai University.

Jyoti started her career with the Bollywood movie Thoda Pyaar Thoda Magic in year 2008, played the mother’s role of character Ranbir Talver (played by Saif Ali Khan). Her television debut was Maat Pitaah Charnon Mein Swarg Hai as Yashoda. She also seen in various commercials and some episode of C.I.D. She was also seen in the movie Idiot Box and Take It Easy.

Jyoti has been married and have two son Gautam Gauba and Gaurav Gauba.

Some Facts About Jyoti Gauba

If you have more details about Jyoti Gauba. Please comment below we will updated within a hour.