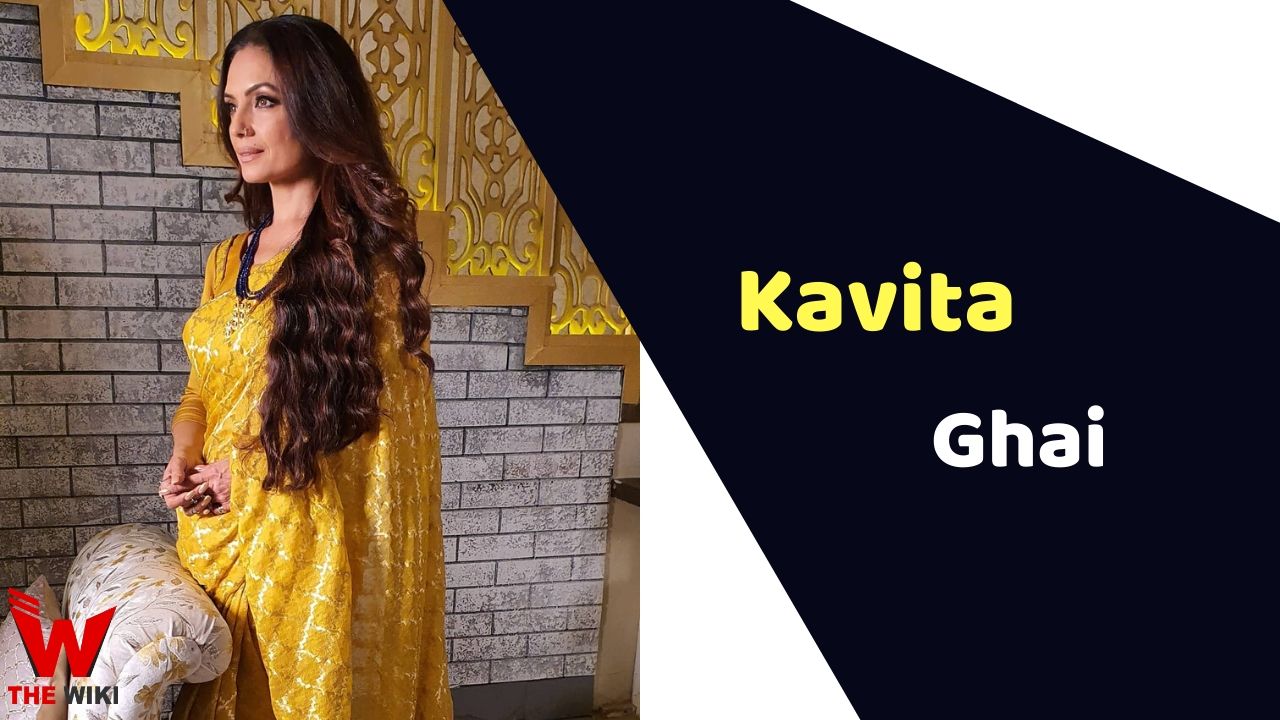 Kavita Ghai is an Indian actress. She is one of the leading actresses in Hindi television industry. She is best known for television shows Beyhadh, Kumkum Bhagya, Ishq Aaj Kal. Kavita is originally from Delhi and has been active in television since 2015.

Kavita Ghai was born on 20 February 1966 in New Delhi. She started her acting journey with the serial ‘Dosti … Yaariyan … Manmarziyan’ in 2015. She did a small role of Piyali Samrat Khanna in this serial. After this show, she got a chance to work in many popular television shows like Kumkum Bhagya, Ishq Aaj Kal, Beyhadh and Kartik Purnima.

Apart from television, Kavita is very active in the film industry and has worked in films like Veere Di Wedding and Thugs of Hindostan.

Kavita got married to a businessman Manoj Ghai. Just after the marriage this couple shifted to Mumbai. This couple blessed with two lovely daughters Orvana and Ahana. Her elder daughter is trying to enter in glamor industry apart from being a fashion designer.

Some Facts About Kavita Ghai

If you have more details about Kavita Ghai. Please comment below we will update within an hour.