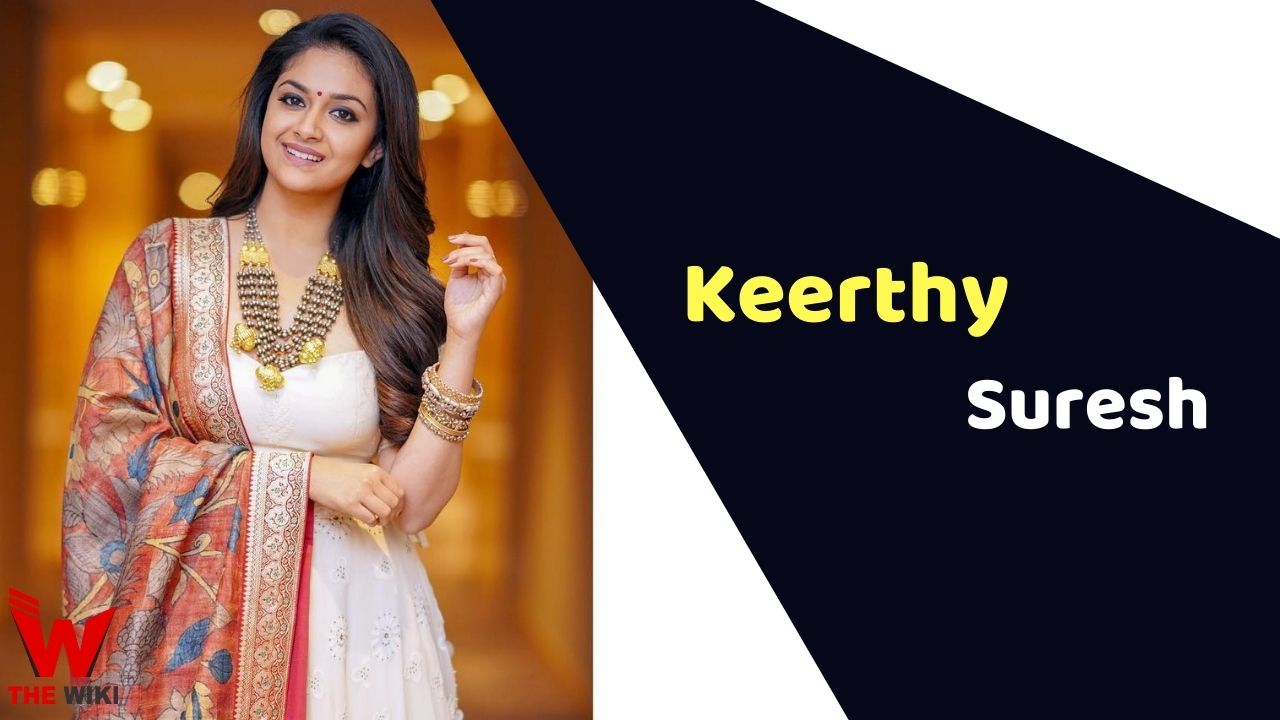 Keerthy Suresh is an Indian film actress, who predominantly works in Telugu, Tamil and Malayalam films. She won the Best Actress award at National Film Award 2019 for her performance as Savitri in film Mahanati.

Keerthy Suresh was born on 17 October 1992 in Chennai, Tamil Nadu. Her father Suresh Kumar is a Malayalam film producer and director while mother Menaka Suresh is an actress. She has an elder sister Revathy Suresh who is a VFX artist. Keerthy did her schooling from Kendriya Vidyalaya, Pattom, Thiruvananthapuram. She has done Bachelors of Arts in Fashion Design from Pearl Academy, Chennai.

Keerthy belong to a filmy background family. She has started her career as a child artist in a Malayalam movie Pilots in 2000. The film is made under her father’s production. Later she was seen in some regional television serial and films. In 2013, she started her career as an actress by playing lead role of Geetha and Anjali (dual role) in Malayalam film Geethaanjali. Next years, she featured in Dileep and Honey Rose starring film Ring Master. The film commercial success at the box office, it helps Keerthy to establish in film industry.

Some Facts About Keerthy Suresh

If you have more details about Keerthy Suresh. Please comment below we will updated within a hour.