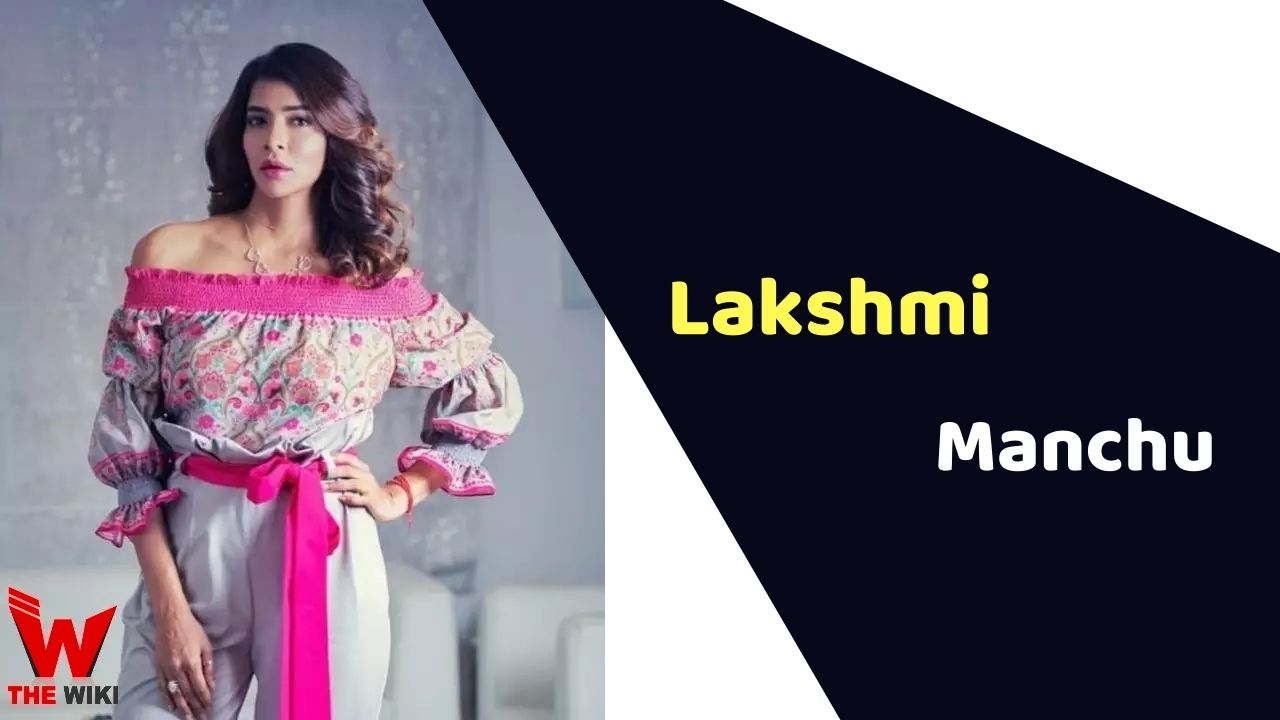 Manchu Lakshmi Prasanna (also known as Lakshmi Manchu) is an Indian film and television actress, who has actively appeared in Telugu and Tamil cinema. She belongs to a star-studded family who joined acting and received a lot of appreciation for performance.

Lakshmi Manchu was born on 8 October 1977 in Chennai, Tamil Nadu. Her father’s name is Mohan Babu who is a well-known actor himself in the south film industry; her mother’s name is Vidya Manchu, and Nirmala Manchu is her step-mother. She has two brother Vishnu Manchu and Manoj Manchu (step-brother). She did her schooling in India but went to the Oklahoma City University to pursue a bachelor’s degree in theatre.

Initially, Lakshmi started her career with American movies named The Ode (2008), Dead Air (2009) and Thank You for Washing (2009). In 2011, she did her first Telugu film Anangaanaga O Cheerdu, her character Irendri was praised by film critics and received 3 awards; Nandi Award for Best Villain, CineMAA Award for Best Supporting Actress and Santosham Best Villain Award for the film. Then, she made appearance in different Telugu movies such as Dongala Mutha, Uu Doosukeltha, Chandamama KAthalu, Lakshmi Bomb, W/O Rama, Mrs. Subbalakshi (web series).

Lakshmi has also worked in Tamil industry and the movies include Kadal (2-13), Kaatrin Mozhi, and Marathen Maanithen. She also appeared in the Hindi movie: Department (2012) and in a silent movie named ‘A Day in the life of Lakshmi Manchu’s feet’.

Lakshmi Manchu is married to Andy Srinivas in 2006 and has a daughter named Nirvana Machu.

Some Facts About Lakshmi Manchu

If you have more details about Lakshmi Manchu. Please comment below we will updated within a hour.