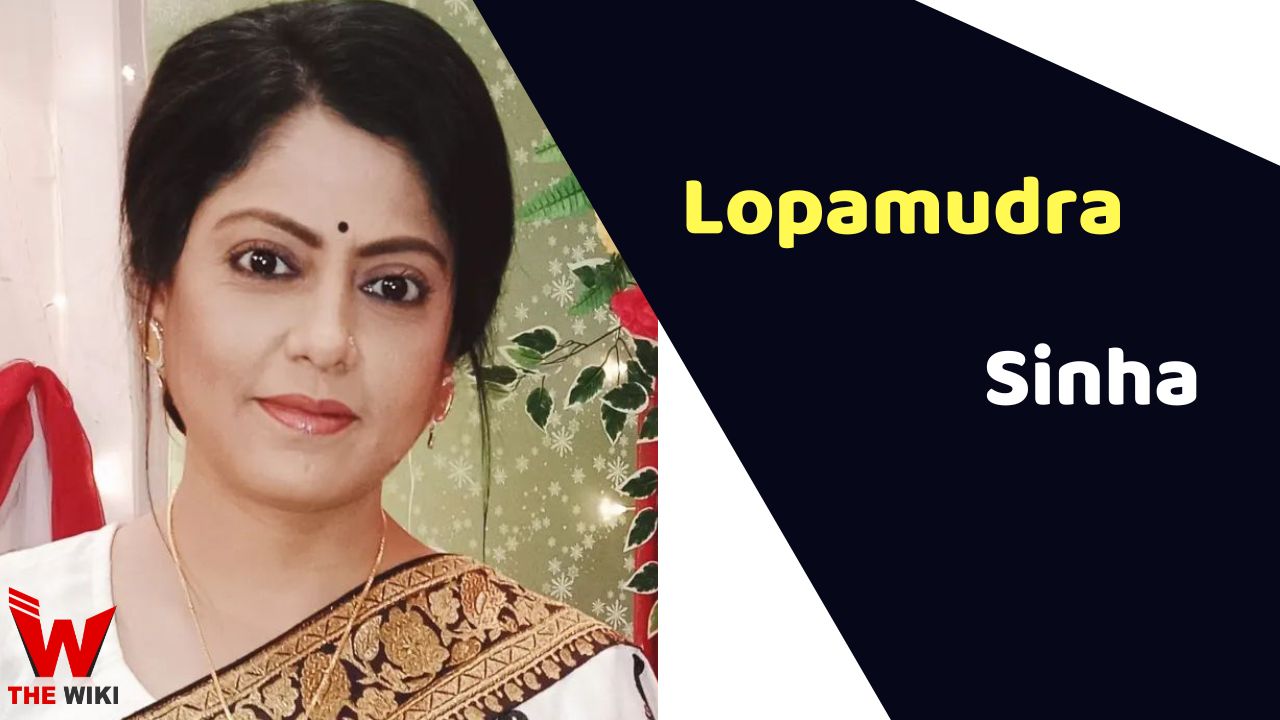 Lopamudra Sinha is an Bengali actress who is well known for portraying role of Sulata Modak in family drama daily soap opera serial Mithai aired on Zee Bangla in the year of 2021. Besides, Lopamudra has featured in some shows like Cooking show Rannaghor.

Lopamudra Sinha was born on 4 September in Kolkata, West Bengal. She has completed her studies from local school of Kolkata and also done her further studies from Kolkata University.

Lopamudra began her acting journey through small supporting roles in Bengali TV shows. She got into limelight with Zee Bangla’s serial Karunamoyee Rani Rashmoni as Chandramani Dei in 2021.

Lopamudra later played an important role of Sulata Modak in Zee Bangla popular drama serial Mithai in the year of 2021- 22. Later, she appeared in Khelna Bari serial as supporting actress alongside Biswajit Ghosh and Aratrika Maity. Lopamudra was seen in daily soap opera Sohag Jol, playing a role of Lipika Chatterjee alongside Shweta Bhattacharya and Honey Bafna in the year of 2022.

Some Facts About Lopamudra Sinha