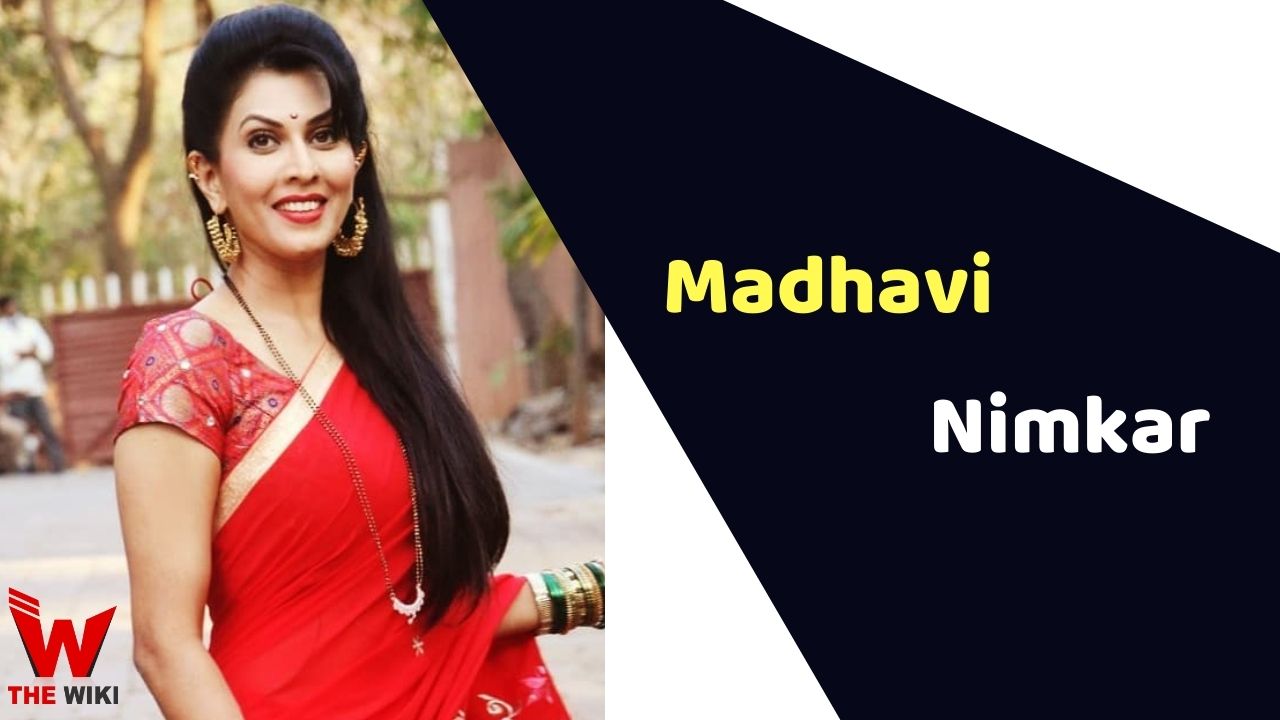 Madhavi Nimkar is an Indian actress. She works in the Marathi showbiz industry. Madhavi made her acting debut in 2009 for a Marathi film Baykocha Nakalatch. She then appeared in several Marathi films and television series.

Madhavi Nimkar was born on 17 May 1984 in Khopoli, an industrial city in the Khalapur taluka of Raigad, Maharashtra. Her father is an artist and  her mother is a housewife. She did her schooling from local private school in her hometown.

Madhavi has started her career in the year 2009 on Marathi film Baykocha Nakalatch. Next year, she was seen playing the role of Saru in the film Asa Mi Tasa Mi. The film revolves on around a man Mohan who lives in the village and take care of hospital which has no doctors. She has appeared in many movies like Dhava Dhav, Sagla Karun Bhagle, Sangharsh etc.

After bring successful in film industry, she came in the Marathi  television industry. She has done in important roles in several TV shows such as Swapnanchya Palikadale, Hum Toh Tere Aashiq Hai, The Raikar Case and Sukh Mhanje Nakki Kai Aste. She was also appeared in a comedy show, Comedy Beemedy.

Some Facts About Madhavi Nimkar

If you have more details about Madhavi Nimkar . Please comment below we will updated within a hour.