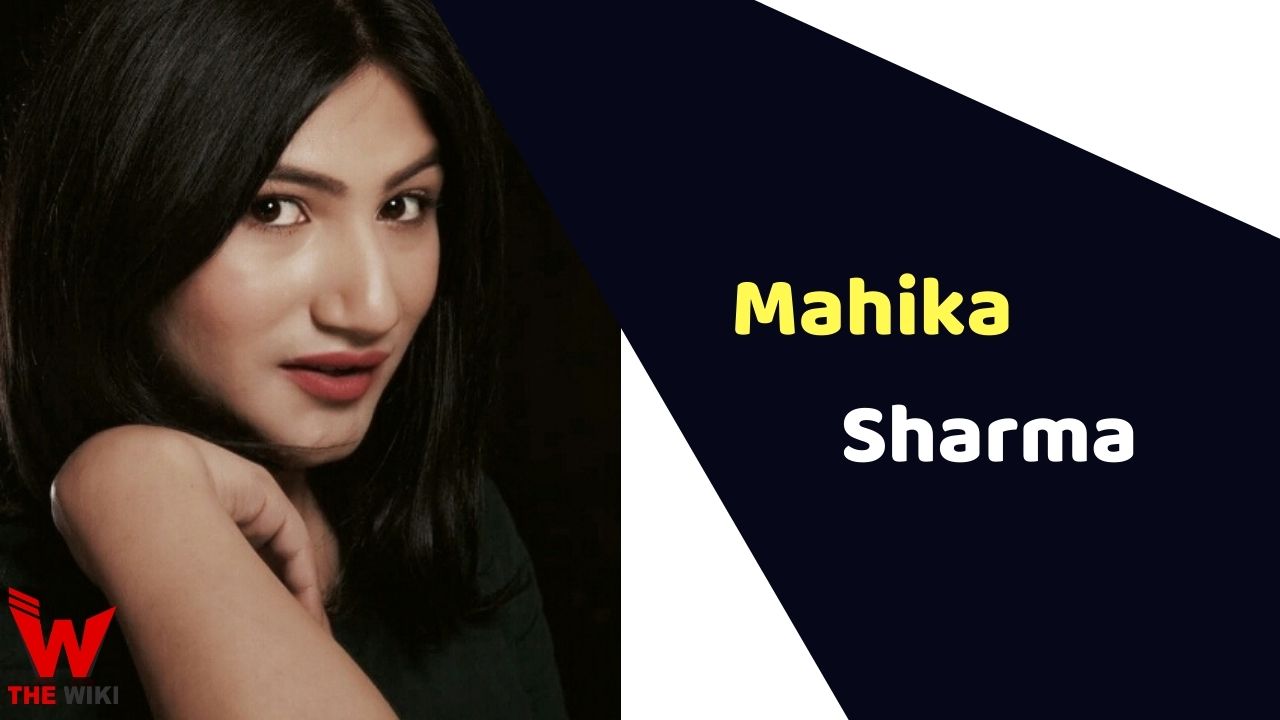 Mahika Sharma is an Indian actress, model and philanthropist. She has won a beauty pageant and has been Miss Teen Northeast. Mahika is known for her work in indian television sitcom F.I.R premiered on SAB TV. She is also an active social worker.

Mahika Sharma, also known as Mahi, was born on 26 July 1994 to a Hindu family in Sirsa, Haryana, India. She hails from a middle-class Assamese family of Tinsukia with roots in Haryana. Her father is Manjeet Sharma and her mother is Suman Sharma. She also has an elder sister. Her father was a former army personnel.

Mahika done her schooling from Army Public School, Hisar, Haryana. And then done this B.A LLB (Hons.) from Gauhati University, Guwahati but she left in midway to make career in the entertainment industry.

Mahika started her career as a model. She earned the Assamese Model Award and Face of the Year. Her first film debut was an Assamese movie Konikar Ramdhenu (2003) as a child artist. Before stepping into Bollywood Mahika acted in Assamese, Bhojpuri, and Marwadi Cinema. She also worked in an television show F.I.R, Tu Mere Agal Bagal Hai, Ramayan and many other TV serials.

She had also worked with Danny D in a film The Modern Culture in 2019. Both Danny D and Mahika are also the producers of that movie. She also worked in many movie like Mardaani, Police Factory, Chalo Dilli, The Suite Life of Karan & Kabir.

As she is also a Philanthropist, she is an active social worker and had work for many NGOs. Mahika has helped in a $ex workers’ rehab programme. She is also working for the state development.

Some Facts About Mahika Sharma

If you have more details about Mahika Sharma. Please comment below we will updated within a hour.