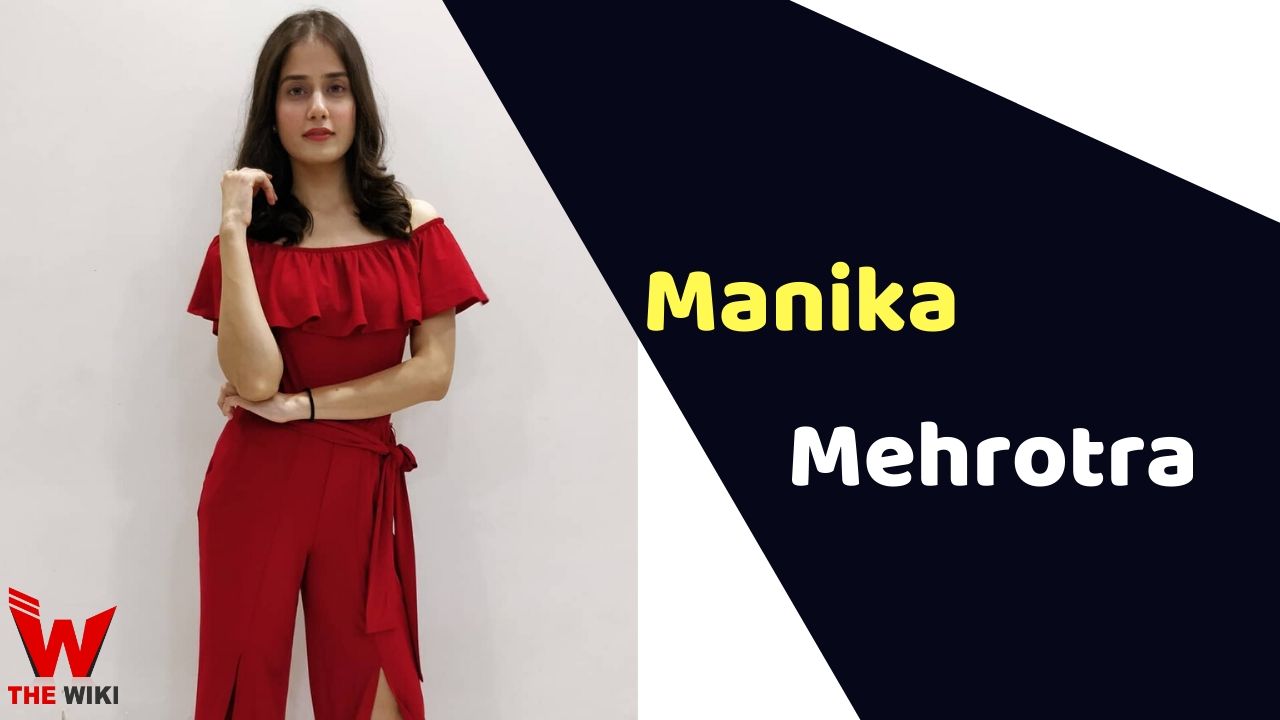 Manika Mehrotra is an Indian television and film actress. She is known for playing role of Sweta in SAB TV’s show Sab Satrangi. She has also appeared in several television shows including Dil Yeh Ziddi Hai and Yeh Un Dinon Ki Baat Hai. Manika also did a cameo role in the Bollywood film Mardaani 2.

Manika Mehrotra was born in Varanasi, Uttar Pradesh. She has fond of acting and dancing since childhood. This passion brought her to the Mumbai film industry. She started her career in 2019 with the television serial Yeh Un Dinon Ki Baat Hai. After this she also appeared in Zee TV channel’s show Dil Yeh Ziddi Hai. Apart from television, she is also active in the film industry. She was seen in the role of Komal in the film Mardaani 2 starring Rani Mukerji.

Some Facts About Manika Mehrotra