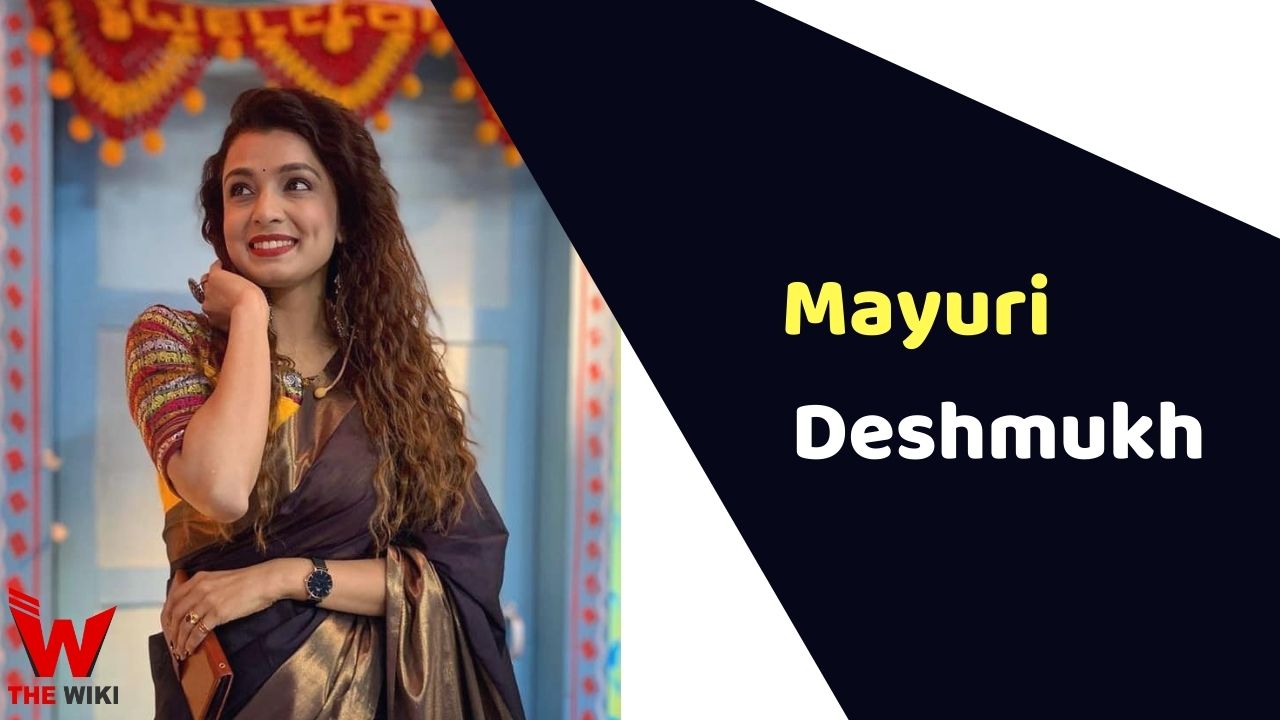 Mayuri Deshmukh is an Indian television and film actress. She is mainly known for playing pivotal role in television show Khulta Kali Khulena of Zee Marathi. Apart from television she also worked several years in theatre and films.

Mayuri Deshmukh was born on 3 September 1992 in Mumbai, Maharashtra. She belongs to a middle class Hindu family. Her father name is Prabhakar Deshmukh. She has one brother Anup Deshmukh in the family. Due to her father’s government job, she studied in different parts of the country like Pune, Nanded, Mumbai, Visakhapatnam etc.

She completed his schooling from Rishi Vidyalaya Gurukulam in Visakhapatnam. After which Deshmukh completed graduation in BDS (Bachelor of Dental Sciences) from Pune’s Dr. D.Y. Patil Dental College and Hospital.

Deshmukh started her career with the debut in a Marathi film Dr. Prakash Baba Amte- the Real Hero in 2014. later she worked in films like 31 Divas (2018) and Grey (2019). She rose to fame with popular Marathi television show Khulta Kali Khulena, aired on Zee Marathi, where she played lead character of Manasi.

Mayuri Deshmukh and Ashutosh Bhakre tied the knot on 21 January 2016. They first met at a family get-together. Initially Mayuri was not interested in the wedding but after few meetings she said yes to Ashutosh. After dating each other for 8 months, the duo finally married.

On 29th July 2020, Ashutosh Bhakre committed suicide by hanging himself. After some time Madhuri said that he was battling with the demons of depression.

Some Facts About Mayuri Deshmukh

If you have more details about Mayuri Deshmukh. Please comment below we will updated within a hour.