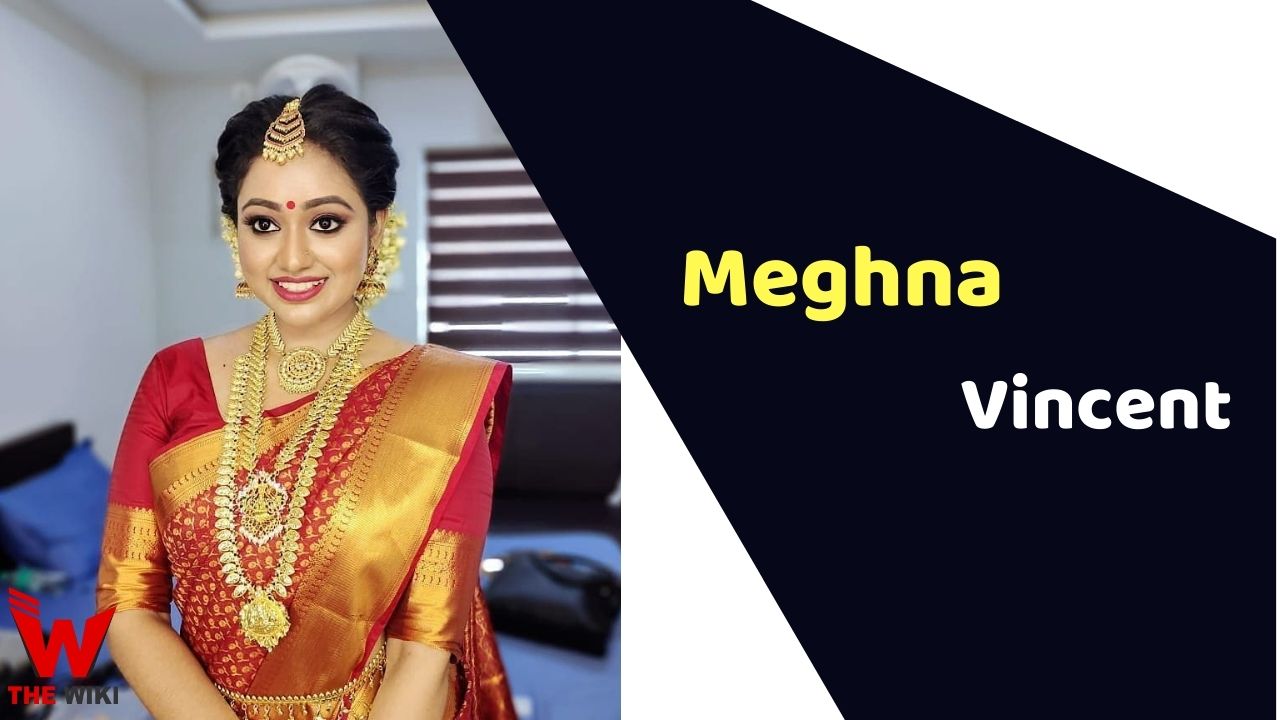 Meghna Vincent is an Indian television actress. She mainly works in South Indian television and films. She is an accomplished Bharatanatyam dancer and is known for her strong female characters in Amrutha in Chandanamazha (Malayalam), Rohini in Ponmagal Vanthal (Tamil), and Seetha in Deivam Thandha Veedu (Tamil).

Meghna Vincent was born on 19 July 1990 in Kochi, Kerala to a Christian family. Her father is employed and works in Dubai and her mother who was once a film actress but now running an event-management company. She graduated in Bachelor of Commerce with Computer Applications.

Meghna made her debut with Malayalam serial Swamiye Saran Am Ayyappa. She also appeared in a supporting roles in serials like Mohakkadal, Indira, Autograph and played the main female lead in show Seetha Ram Chakravathy (Tamil TV serial) as Deivam Thandha Veedu which aired on Vijay TV.

Meghnae started playing the lead role Amrutha in the serial Chandanamazha in Asianet and had a main role in a Malayalam serial Mamangam(2017) as Karthika. In 2021, she played the role of Jyothi in show Mrs. Hitler opposite to Shanavas Shanu. Meghna has also acted in Tamil film Kayal which was directed by Prabhu Solomon and produced by Madhan of Escape Artists Motion Pictures. She played the lead role in Malayalam movie Parankimala which is an official remake of the movie in the same title.

Meghna Vincent got divorced from her husband Don Tony after two years of marriage in 2019.

Some Facts About Meghna Vincent

If you have more details about Meghna Vincent. Please comment below we will updated within a hour.