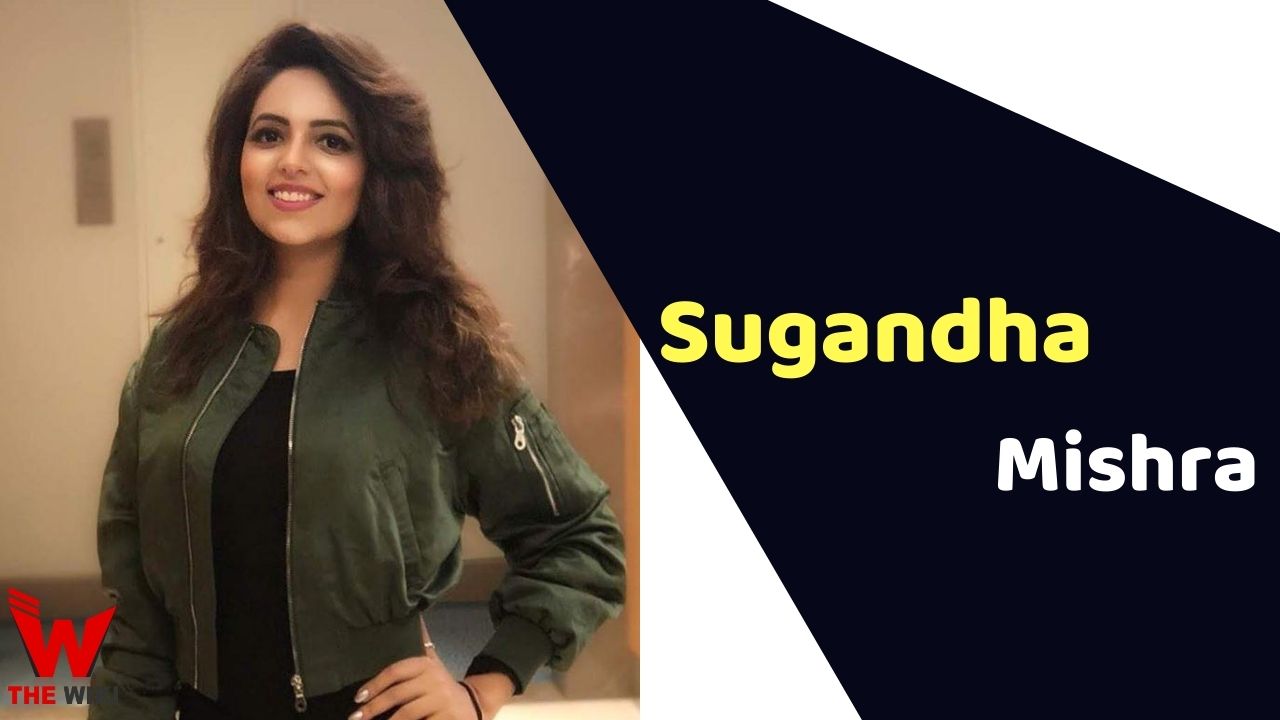 Sugandha Mishra is an Indian actress, playback singer and television presenter. She is known for the role of Vidyavati played in The Kapil Sharma Show. Apart from this, she was also seen hosting several shows and award functions. She has also appeared in several television shows as a contestant. Sugandha is originally from Jalandhar, Punjab, India.

Sugandha Mishra was born on 23 May 1988 in Jalandhar, Punjab. Her father is Santosh Mishra and mother is Savita Mishra. She received singing lessons from her grandfather Pandit Shankar Lal Mishra. She is the fourth generation of her family in Singing and belongs to the Indore Gharana.

Mishra graduated from Apeejay College of Fine Arts, Jalandhar and did Doctorate in Music from Guru Nanak Dev University (GNDU), Amritsar. Kapil Sharma was her senior when she was pursuing master’s degree. She currently lives in Mumbai, Maharashtra.

Sugandha Mishra started her career as a radio jockey in 92.7 Big FM. She is known for television shows Don’t Worry Chachu, Chhote Miyan Bade Miyan, Baal Veer, Tu Mere Agal Bagal Hai, Dance Plus etc. She made her Bollywood debut in the year Heropanti in 2014.

Mishra has also worked in comedy television shows such as Comedy Circus Ke Taansen, Comedy Circus Ke Ajoobe, Comedy Nights with Kapil, The Kapil Sharma Show, The Drama Company etc. She also participated in the shows The Great Indian Laughter Challenge and Sa Re Ga Ma Pa Singing Superstar. She has also hosted The Voice India – Season 2 and Radio Mirchi Awards etc. She has also worked as a singer in the Bollywood movie Shree and Kamaal Dhamaal Malamaal etc.

Sugandha Mishra tied the nuptial knot with fellow comedian and co-star Sanket Bhosale in an intimate ceremony in Jalandhar. The wedding was scaled down due to the COVID situation.

Some Facts About Sugandha Mishra