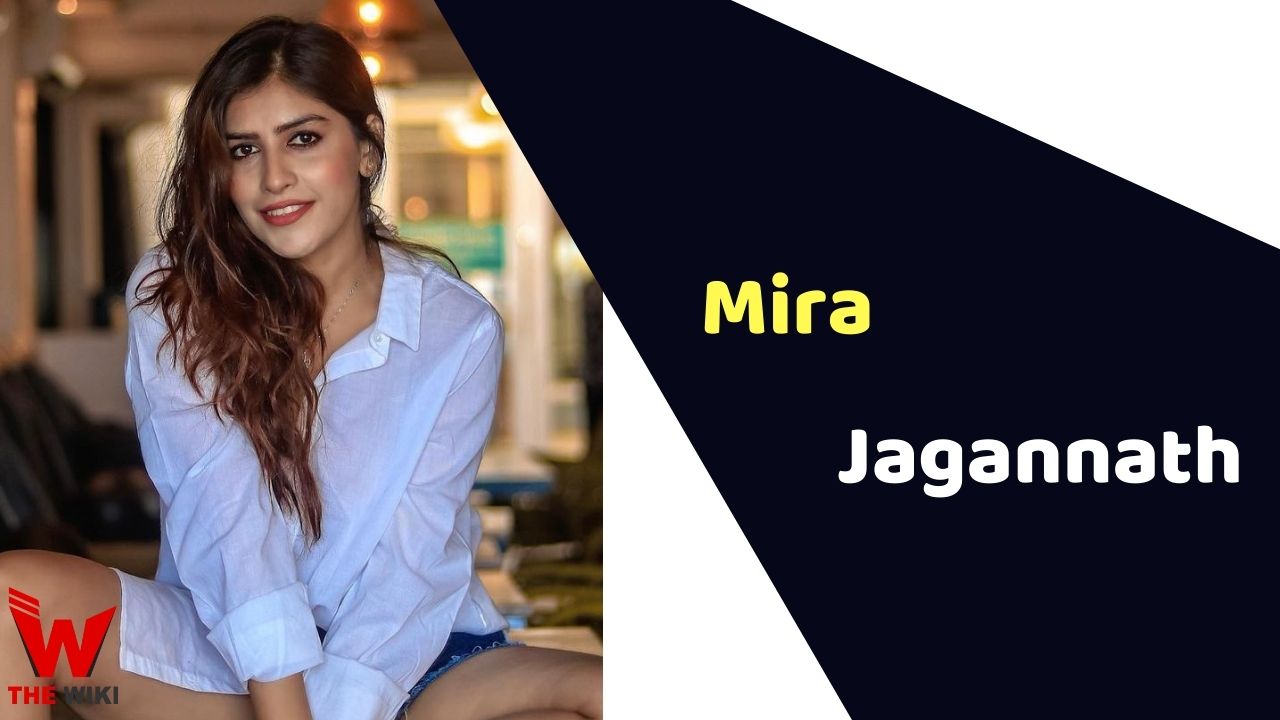 Mira Jagannath is an Indian television actress and model who predominantly works in the Marathi industry. She made her debut with the Marathi television show Mazya Navryachi Bayko played the role of Sanjana in 2016. She appeared in various Marathi music videos like Yeh Saajna and Shilavati. In 2016, Mira appeared in popular television reality show Bigg Boss Marathi Season 3.

Mira Jagannath was born on 20 August 1998 in Mumbai, Maharashtra. She completed her graduation in Bachelors in Arts from Mumbai University. Mira started her career with the Marathi television serial Mazya Navryachi Bayko as Sanjana in 2016. She appeared in the web series Live Independent in 2020. In 2021, she got featured in the television series Yeu Kashi Tashi Me Nandayla portrayed the role of Momo. She took part in the television reality show Bigg Boss Marathi Season 3 in 2021.

Some Facts About Mira Jagannath

If you have more details about Mira Jagannath. Please comment below we will updated within a hour.