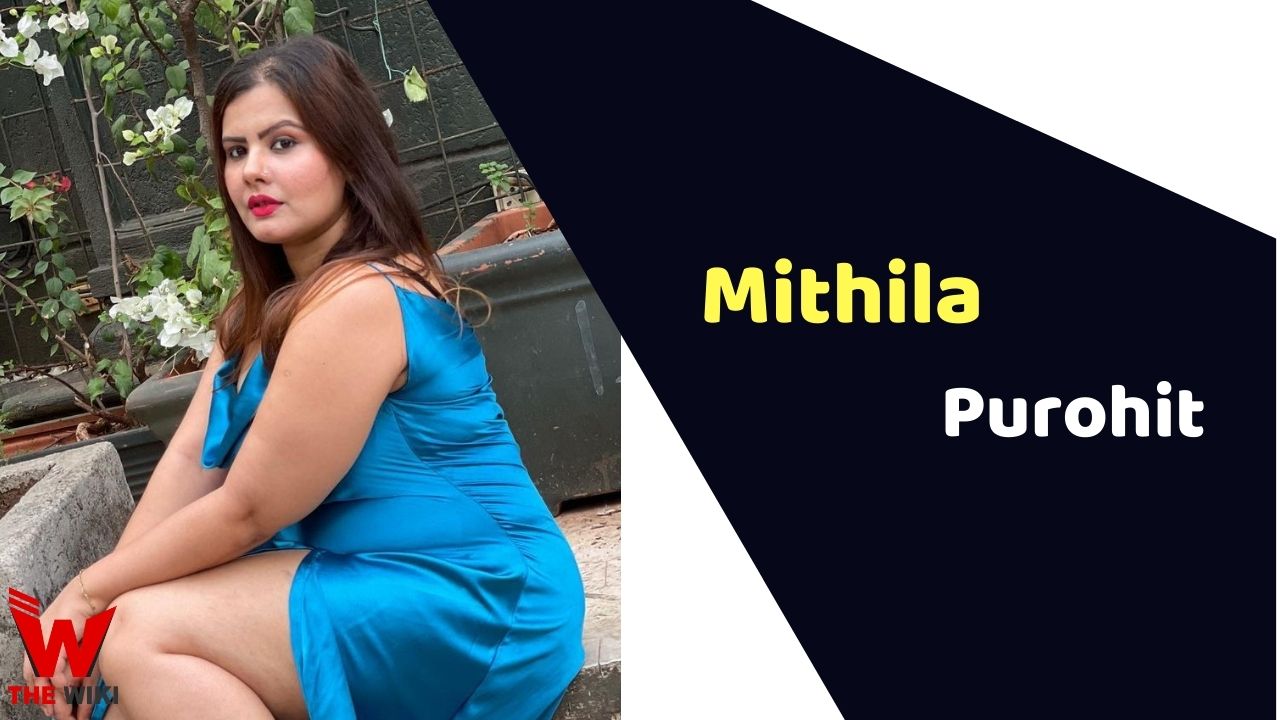 Mithila Purohit is an Indian television actress. She has worked in many films and serials of different languages. She debuted with serial Mi Aaji Aur Saheb. Mithila had been a movie lover since her childhood and would not miss her favorite movies on TV.

Mithila Purohit was born in Hindu Brahmin family on 20th August, 1991 in Bikaner, Rajasthan to parents Rajendra Purohit, who is an astrologer and Bindu Purohit. Her sister’s name is Rishibha Purohit. She was born and brought up there only. Mithila has been passionate about acting since childhood and didn’t miss her favorite show or movie ever. She was also part of many plays and one-act drams during her school days.

Mithila made her debut on the Imagine TV with show Mi Aaji Aur Saheb. The show was based around the lives of grandparents and their grandchildren living in a society. She has also been part of in Zee TV’s Mrs. Kaushik Ki Paanch Bahuein and Sapne Suhaane Ladakpan Ke.

She made her debut in Punjabi film industry with Vekh Baraatan Challiyan in 2017 starring alongside Binnu Dhillon, Kavita Kaushik, Jaswinder Bhalla, Karamjit Anmol. Mithila later did another a super-hit comedy Punjabi film Mr. and Mrs. 420 returns (2018).

Some Facts About Mithila Purohit

If you have more details about Mithila Purohit. Please comment below we will updated within a hour.