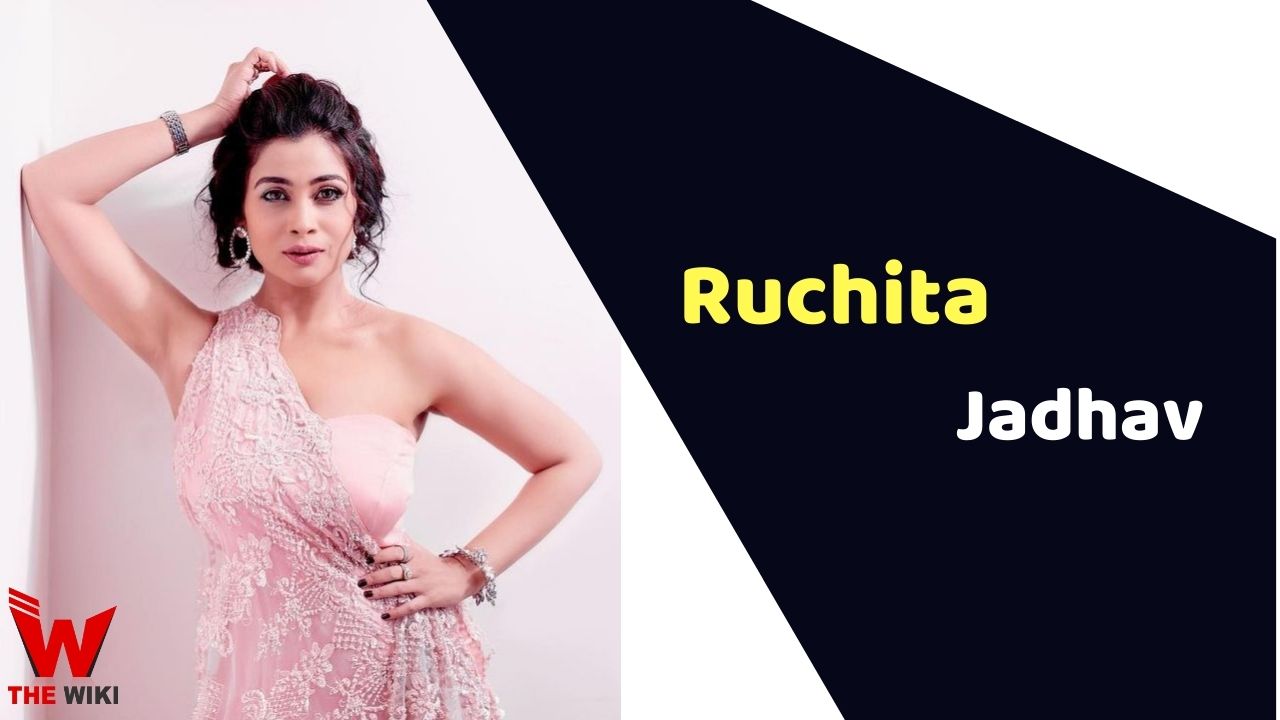 Ruchita Jadhav is an Indian television actress and model. She is a known face in Marathi industry. She has worked in several television shows such as Veer Shivaji, Love Lagna Locha, Manus Ek Mati, Yeh Un Dinon Ki Baat Hai etc. Before started acting, she appeared in many print and commercial advertisements such as Amul Macho etc.

Ruchita Jadhav was born on 25th August, 1988 in Pune ,Maharashtra to Vijay Jadhav who is a businessman and Kalpana Jadhav who is a politician. She has a brother Bhushan Vijay Jadhav and a sister Amruta Vijay Jadhav. She did her schooling from St. Joseph’s Convent Girls High School, Pune and did master’s in English Literature from Fergusson College, Pune. She started getting modeling projects in her collage days and did a lot of advertisements.

Ruchita was a model who later turned actress was first appeared in advertisements for a number of brands including Amul Macho. She started her career with debut Marathi movie Are Baba Pure in 2010 and appeared on other TV shows such as Soryabai-Veer Shivaji, Vrindavan, Laut Aao Trisha, Lek Mazi Ladaki, Majhiya Priyala Preet Kalena, and Kalay Tasmai Namah.

Ruchita Jadhav got married to Anand Mane on 3 May 2021. He is a businessman by profession. The couple got engaged on 17 April 2021.

Some Facts About Ruchita Jadhav

If you have more details about Ruchita Jadhav. Please comment below we will updated within a hour.