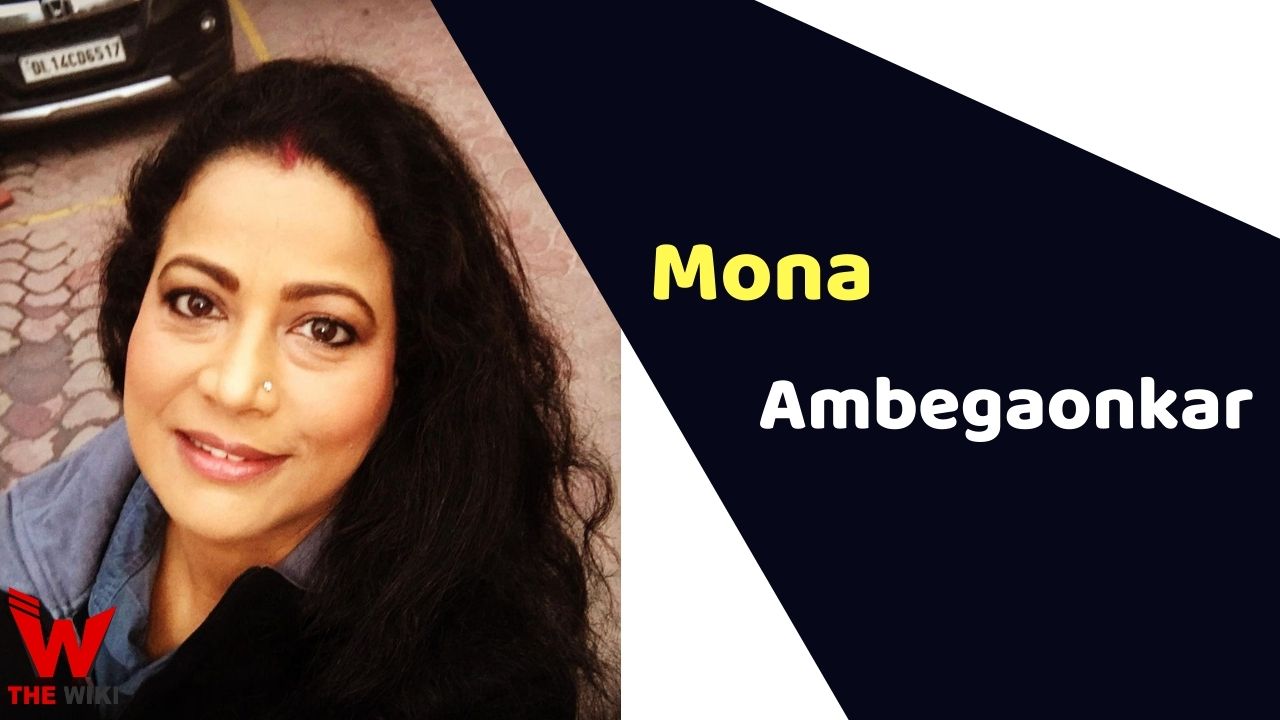 Mona Ambegaonkar is an Indian film and television actress. She is known for her movies like Phir Bhi Dil Hai Hindustani, Mangal Pandey: The Rising, Mardaani and Evening Shadows. She also a well-known face in Hindi television industry for shows like Saanp Sedhi, Kya Baat Hai, C.I.D and Maryada: Lekin Kab Tak.

Mona Ambegaonkar was born on 5 March 1970 in Mumbai, Maharashtra. She started her acting career through theatre. She made her big screen debut with Zakhmi Zameen in 1990. Her notable performances are Baharon Ke Manzil (1991), Kala Sach (1995), Mrityudand (1997), Bindhaast (1999). She played the lead character Vasudha in film Evening Shadows (2018). The movie was premiered at Mardi Gras Film Festival.

Mona is a renowned television actress. She made her television debut in 1994 with a talk show Saanp Sedhi as co-host with Mohan Kapoor. She acted in Kya Baat Hai (1997) as Mona, C.I.D as Dr. Anjalika Deshmukh, Horror serial Aahat as Karuna and Kaala Teeka as lead antagonist Kalyani Jha.

Some Facts About Mona Ambegaonkar

If you have more details about Mona Ambegaonkar. Please comment below we will updated within a hour.