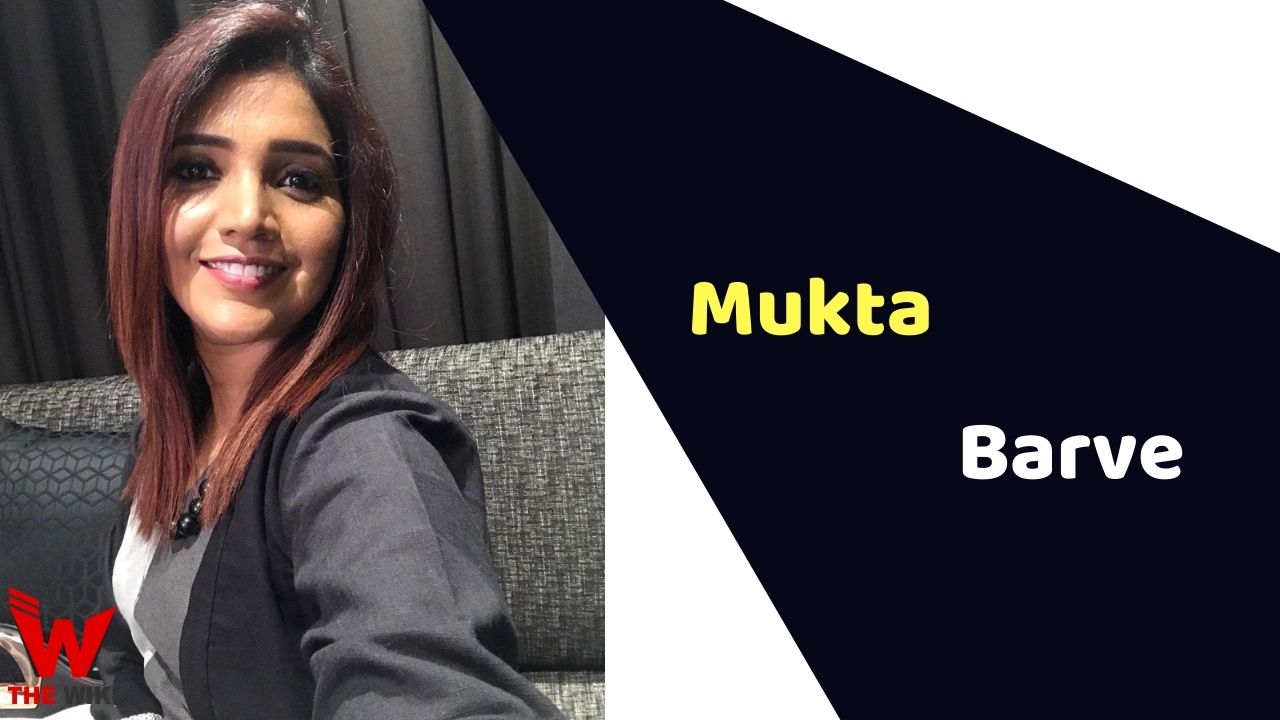 Mukta Barve is an Indian actress and producer. She is known for her portrayal in television shows Eka Lagnachi Dusri Goshta, Agnihotra, Agnishikha, Ajunahi Barsaat Ahe, Rudram etc. She was honoured seven times with Maharashtra State Film Awards including Best Actress awards for various films and television shows. Barve has been active in entertainment industry since 1996.

Mukta Barve was born on 17 May 1979 in Chinchwad city of Pune, Maharashtra. Her father’s name is Vasant Barve, who served at a telecom company, and her mother’s name is Vijaya Barve, who is a school teacher. She has a sibling named Deby Barve. Barve did her schooling from Sir Parshurambhau College, Pune, and graduation from Savitribhai Phule Pune University. Mukta holds a Bachelor’s degree in drama from Lalit Kala Kendra.

Barve made her debut with the theatre play Ghar Tighancha Asava in 1996. She did Aamhala Vegle Vhayache play as a supporting artist in 2001. Moreover she acted in two plays Dehbhaan, and Final Draft in 2015. Barve has performed in many plays like Hum To Tere Aashiq Hain, Kabaddi Kabaddi, Chhapa Kata, Rang Nava, Lovebirds, Indira, and Challenge etc.

Some Facts About Mukta Barve

If you have more details about Mukta Barve. Please comment below we will updated within a hour.