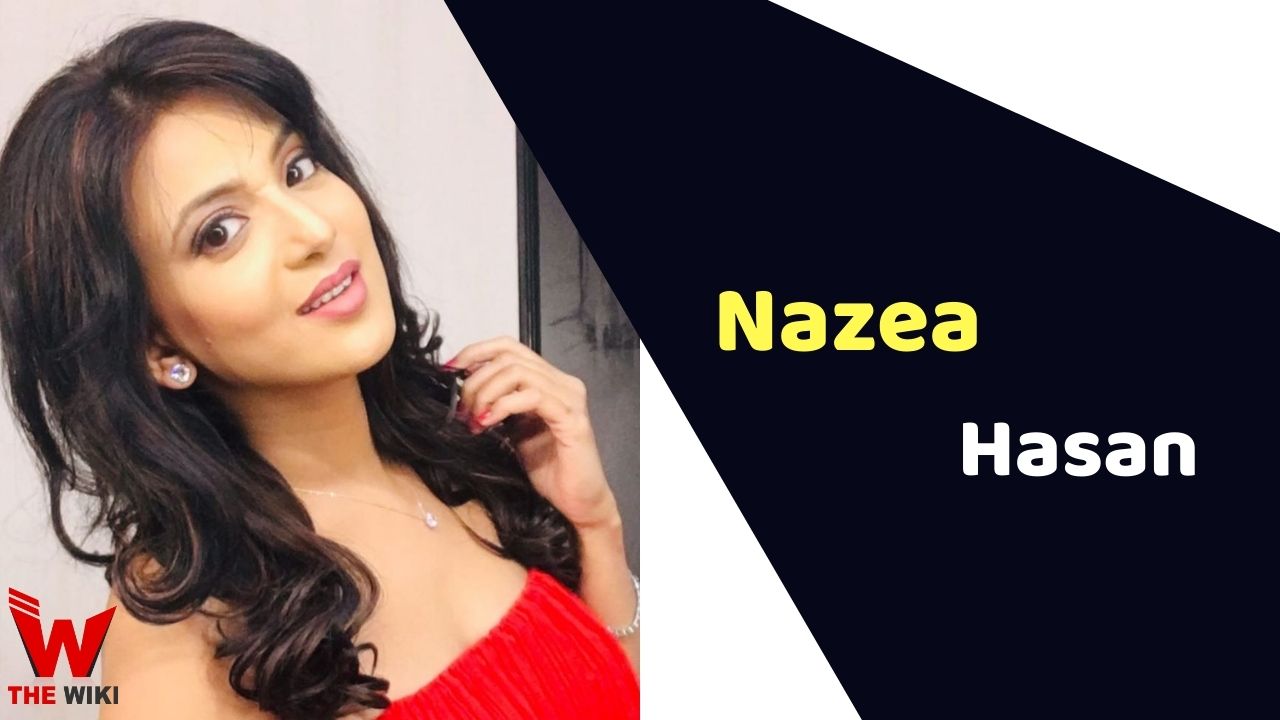 Nazea Hasan is an Indian television actress and model. Her full name is Nazea Hasan Sayeed. She is best known for her role in television serials such as Aladdin(2007), Punar Vivah – Ek Nayi Umeed, Dehleez and Lockdown Ki Love Story. She is from Mumbai, Maharashtra.

Nazea was born and brought up in Mumbai, Maharashtra. In 2007, Nazea made her debut in television with Zee TV’s serial Aladdin. She became popular with the serial Punar Vivah – Ek Nayi Umeed in 2013. In 2013, she also made her debut in the Bollywood with film Once Upon ay Time in Mumbai Dobaara!. The film starring Akshay Kumar, Imran Khan, Sonakshi Sinha in the lead roles. Her other television serials are Ekk Nayi Pehchaan, Mahabharat, Yeh Hai Aashiqui, Dehleez, Shrimad Bhagwat Mahapuran.

Some Facts About Nazea Hasan

If you have more details about Nazea Hasan. Please comment below we will updated within a hour.