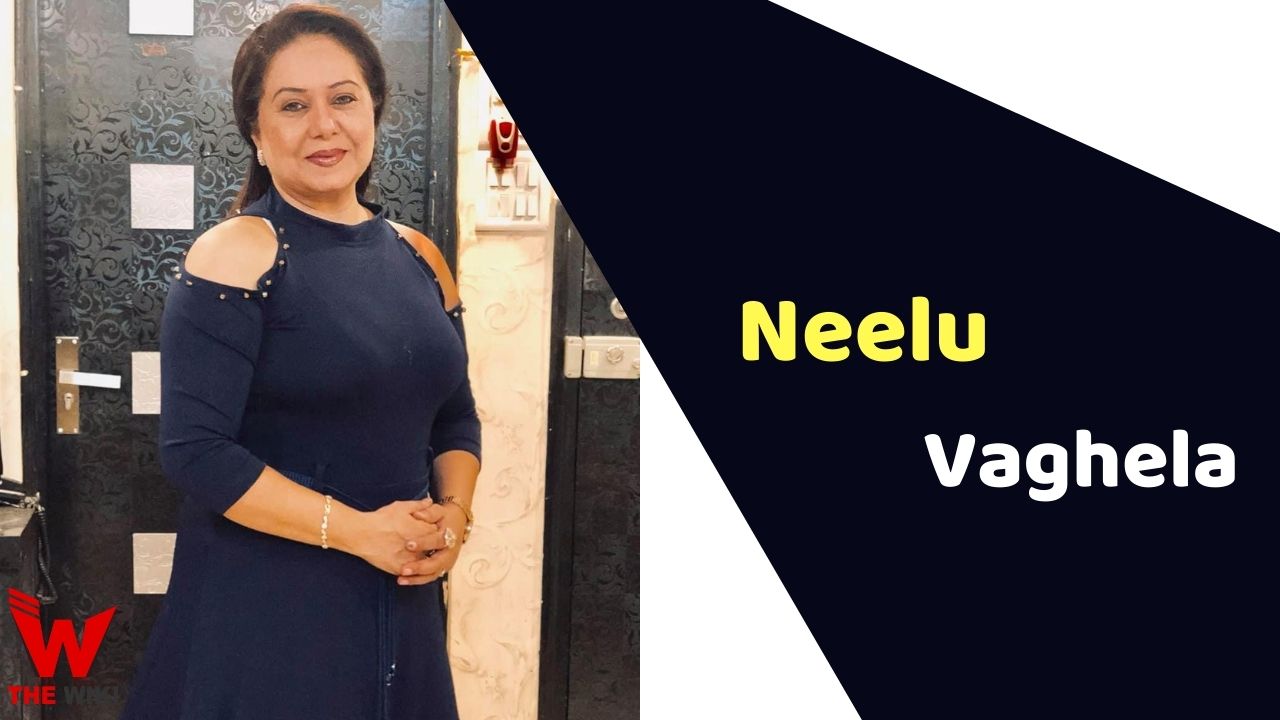 Neelu Vaghela is an Indian film and television actress. She is famous for her role Santosh Rathi aka Bhabho in the Star Plus serial ‘Diya Aur Baati Hum’ and its sequel ‘Tu Sooraj, Main Saanjh Piyaji’. Neelu is originally from Jaipur, Rajasthan and has done many Rajasthani film.

Neelu was born on 15 April, 1970 in Jaipur, Rajasthan. She completed her schooling from Rajasthan. Neelu always has a dream to work in film industry for which she started acting journey at very young age.

In 1981, Neelu started her acting career as a child artist at the age of 11 with the role of Munga in a Rajasthani film Supattar Binani. After that she was also seen in several Rajasthani movies like Ramgarh Ri Ramli, Jai Karni Mata, Lancha Gujri, Derani Jethani, Baisa Ra Jatan Karo, Dadosari Laadli, Veer Tejaji and Bai Chali Sasariye etc. She has done almost 50 films in her career. Although she received enormous fame in India as Bhabho in the Star Plus serial Diya Aur Baati Hum in 2011.

Neelu is married to Arvind Kumar, a Rajasthani actor. They have two children- a boy Kaizer and daughter Vanshika.

Some Facts About Neelu Vaghela

If you have more details about Neelu Vaghela. Please comment below we will updated within a hour.