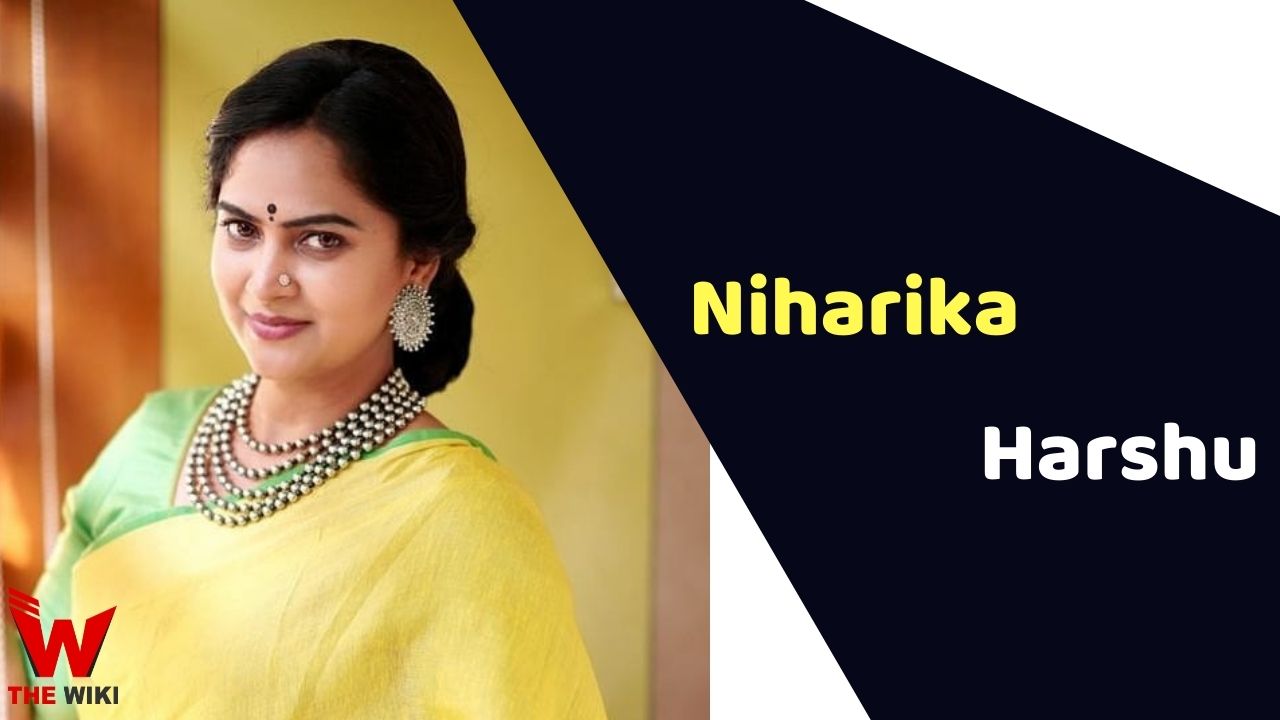 Niharika Harshu is an Indian film and television actress. She is famous for playing lead role in television series Vidhya No 1, aired on Zee Tamil in year 2021-22. She is a popular face in Kannada, Tamil, and Telugu entertainment industry.

Niharika Harshu was born on 18 January 1986 in Chennai, Tamil Nadu. She has done her education from Chennai. She made her debut from ‘Kullara Loka’ and it now appeared in many films like Kullara Loka, Lifeu Ishtene, Makkale Manikya[, Ninnindale, Aatagara, Bhujanga, Daksha Yajna, Theri, Kanchana 3. Her television career includes shows like Kalyanamam Kalyanam, Chandralekha, Kadha Lo Rajakumari, Punnaga.

Some Facts About Niharika Harshu

If you have more details about Niharika Harshu. Please comment below we will updated within a hour.