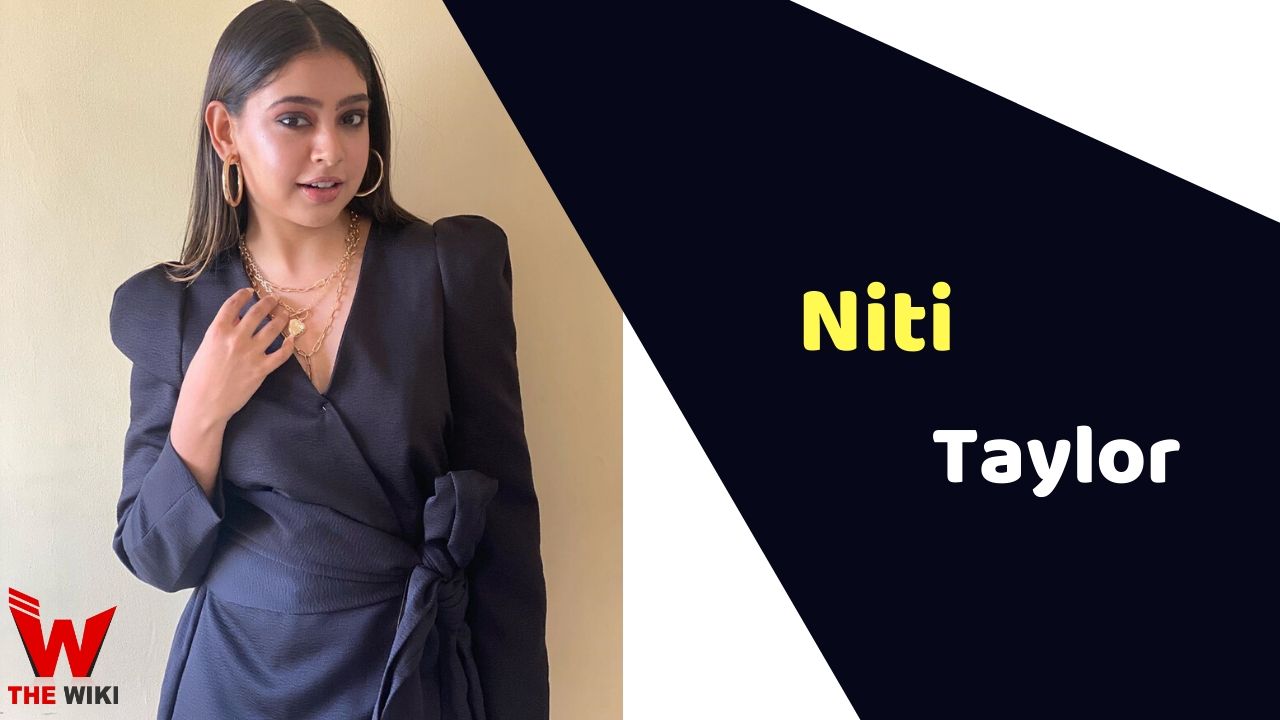 Niti Taylor is an Indian television actress, dancer and model. She is known for the television shows Kaisi Yeh Yaariaan, Ishqbaaz and Ghulaam etc. She started her career with Pyaar Ka Bandhan in the year 2009. In 2022, she participated as a contestant in dance realty show Jhalak Dikhhla Jaa Season 10.

Niti Taylor was born on 8 November 1994 in Gurugram, Haryana. She is the younger daughter of Sandip and Cheryl Taylor. She is raised in a multicultural and multi-religious environment where her father is a Gujarati Hindu while mother is Bengali-Christian. Taylor has also elder sister Aditi Parbhoo in the family. Taylor had fond of acting and dancing since childhood. Her hobby brought her into the television industry at a young age.

Taylor got her early education from Loreto Convent School in Delhi. After coming to Mumbai at the age of 15, she was not consistently active in her studies. Later she completed his remaining schooling from Mumbai. Taylor has completed her graduation from Sophia College for Women.

Taylor started her career at the age of 15 with the television show Pyaar Ka Bandhan. She played the role of Ishita in this show. After this show, she appeared in the serial Gulaal. She gained recognition in the television industry from Ekta Kapoor’s serial Bade Acche Lagte Hain in 2011. She played the role of Naina in this show. In 2014, Taylor got first chance to play the lead role in a TV show with Kaisi Yeh Yaariaan, appeared in the role of Nandini Murthy opposite to Parth Samthaan.

Niti Taylor tied the knot with Parikshit Bawa on 13 August 2020. They both were married with Sikh customs in a private ceremony. Bawa is an Army officer by profession.

Some Facts About Niti Taylor