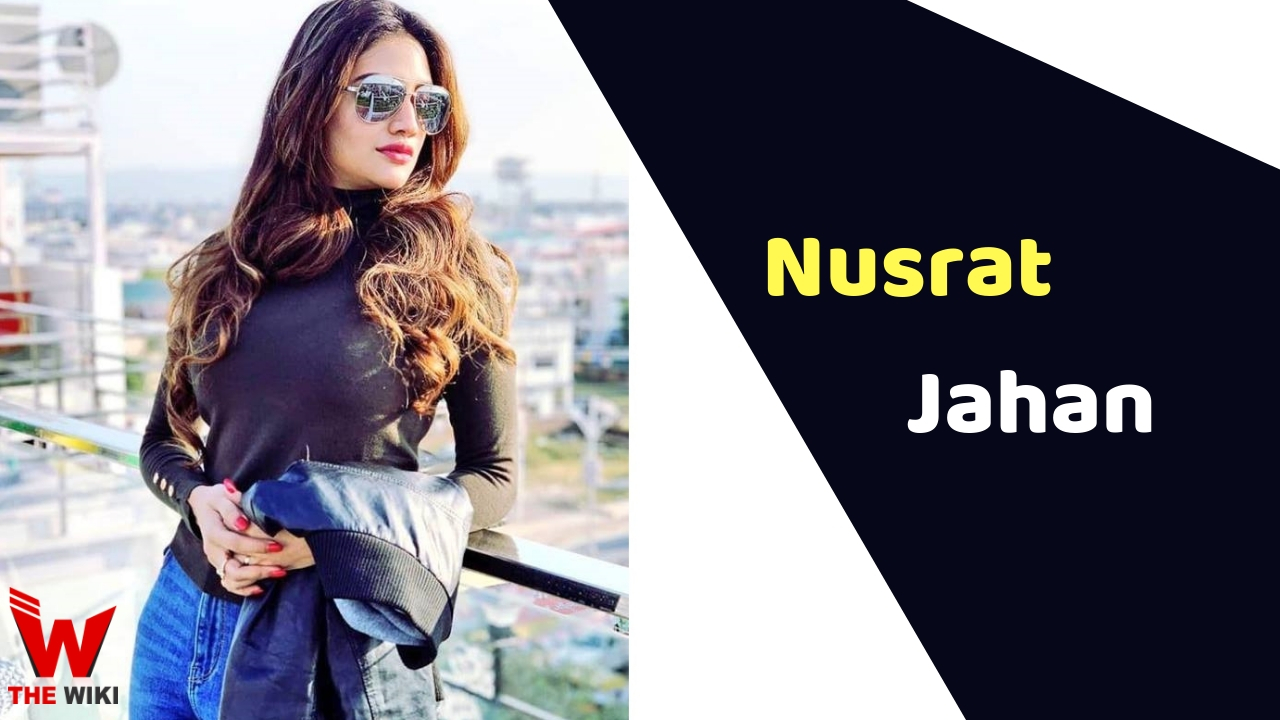 Nusrat Jahan is an Indian actress and politician who has been worked in dozens of movies. Nusrat is mainly active in Bengali and South Indian Films. She got fame from 2013 movie “Khoka 420” in the Bengali Cinema. She played lead role in this film.

Due to work in Bengali films, Nusrat, Jahan have millions of fans in West Bengal and Bangladesh. Nusrat is also a Lok Sabha MP from Basirhat and she contest in general election from the side of TMC party.

Nusrat was born on 8 January 1990 in Kolkata, West Bengal. She belongs to a Bengali Muslim family. No information is available about her family we will try to update it as soon as possible.

Nusrat completed her education in Kolkata. She passed her school from “Our Lady Queen of Mission School”. later she completed graduation from Bhawanipur College of Commerce.

Nusrat Jahan started her career through modeling events. She won first the title of Fair One Miss Kolkata. After which, she debut in films through the Bengali film “Shotru”. Later she appeared in the Bengali film “Khoka 420” which made her famous Bengal Cinema. She has so far worked in films like “Khiladi”, “Jamai 420”, “Kelor Kirti”, “Bolo Dugga Maiki” and “Naqaab”.

As Member of Parliament

Apart from films, Nusrat is also active in politics. She is a TMC party worker and in the Lok Sabha elections of the year 2019 she contested from the Lok Sabha constituency Basirhat. In election she defeated his nearest rival Sayantan Basu by 3 lakh 50 thousand votes.

Nusrat is also very popular in media headlines for their personal life. Nusrat was in a relationship with Kadir Khan. But after few months in a interview she told that this relationship has ended.

Nusrat Jahan married businessman Nikhil Jain in a ceremony in Turkey on 19 June 2019. She posted a photo from the wedding and wrote: “Towards a happily ever after with Nikhil Jain”. The marriage ceremony took place in Turkey’s Bodrum and Friend and fellow MP Mimi Chakraborty too was present at the wedding

Nusrat Jahan is very active on social media. She has millions of followers on each of their social media platforms and they share pictures everyday with their fans.

Some Facts About Nusrat Jahan

Nusrat Jahan Video If you have more Details about Nusrat Jahan. Please comment below we will updated within a hour.