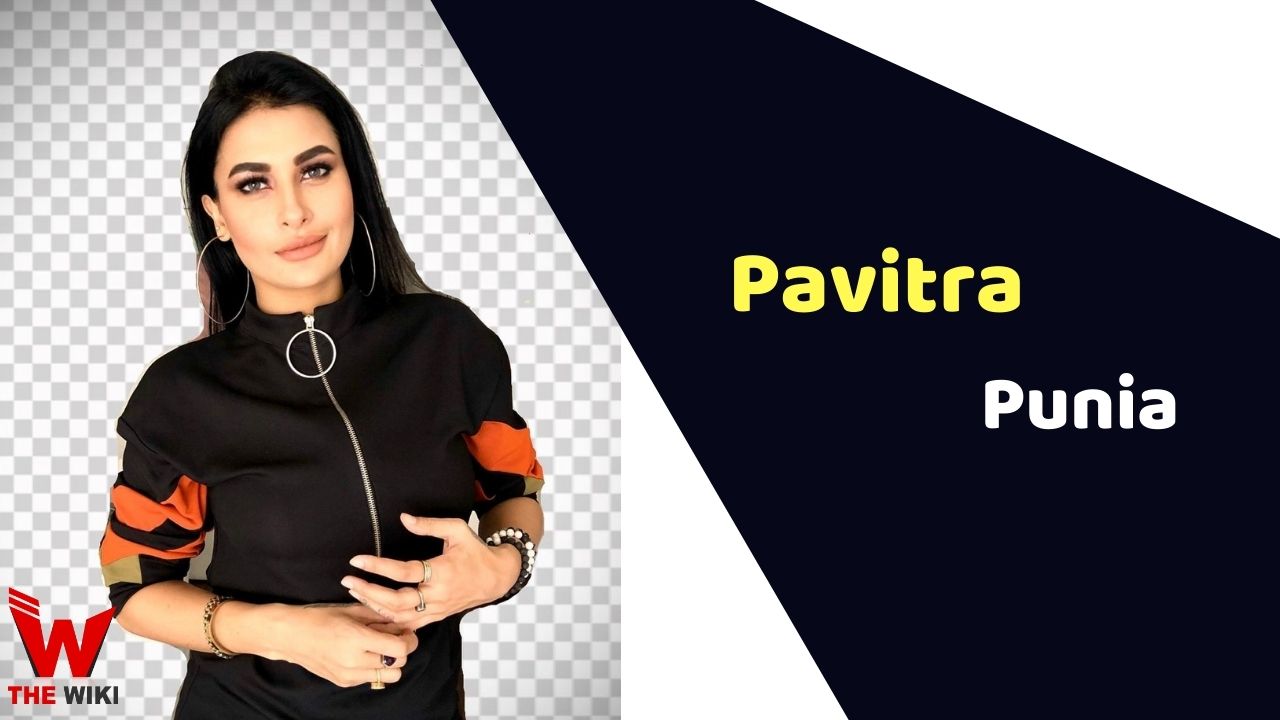 Pavitra Punia was born on 22 August 1986 in Hisawada, Baghpat in the state of Uttar Pradesh in a well-to-do family. Her original name is Neha Singh. After her birth, she was brought to Delhi where his father, Kushalpal Singh worked as a police officer. Her mother Suman Singh is a homemaker. She has a brother named Anurag Singh.

Pavitra did her schooling at Abhinav Public School, Delhi. She has done her graduation from Delhi University. She also has a diploma degree in Hospitality and Aviation from the All India Institute of Medical Sciences, Delhi.

Following her father’s dream, she went up to take coaching classes for UPSC for about 1.5 years in Delhi. She wanted to be an IPS officer and doing public service like her father. After graduation, she joined Kingfisher Airlines as a cabin crew but for a short period as destiny had planned something else for her.

Pavitra did a cameo in her first show Geet – Hui Sabse Parayi aired on Life OK in 2010. Before this, she was a contestant of MTV Splitsvilla Season 3 and made into the top three contestants for the finals. Pavitra got popularity from the show Love U Zindagi on Star Plus. She played the lead character in the show against Siddharth Shukla. After that, she did many other shows like Sawaare Sabke Sapne Preeto, Hongey Judaa Na Hum, Darr Sabko Lagta Hai, etc. She caught the limelight with her negative role of Nidhhi Chhabra in Yeh Hai Mohabbatein. Her popularity grew up when she portrayed the role of Poulomi Roy in Naagin 3.

Pavitra has been in the talks several times because of the rumored dating histories with well-known celebrities and businessmen. Back in 2011, she was in reports due to her relationship with Splitsvilla 3 participant Salman Bait. After dating for over a year, they broke up.

In another relationship, she had gone out with an outsider businessman Sumit Maheshwari and got engaged with him as well but due to personality differences, they broke up later.

Some Facts About Pavitra Punia

If you have more details about Pavitra Punia. Please comment below we will updated within a hour.