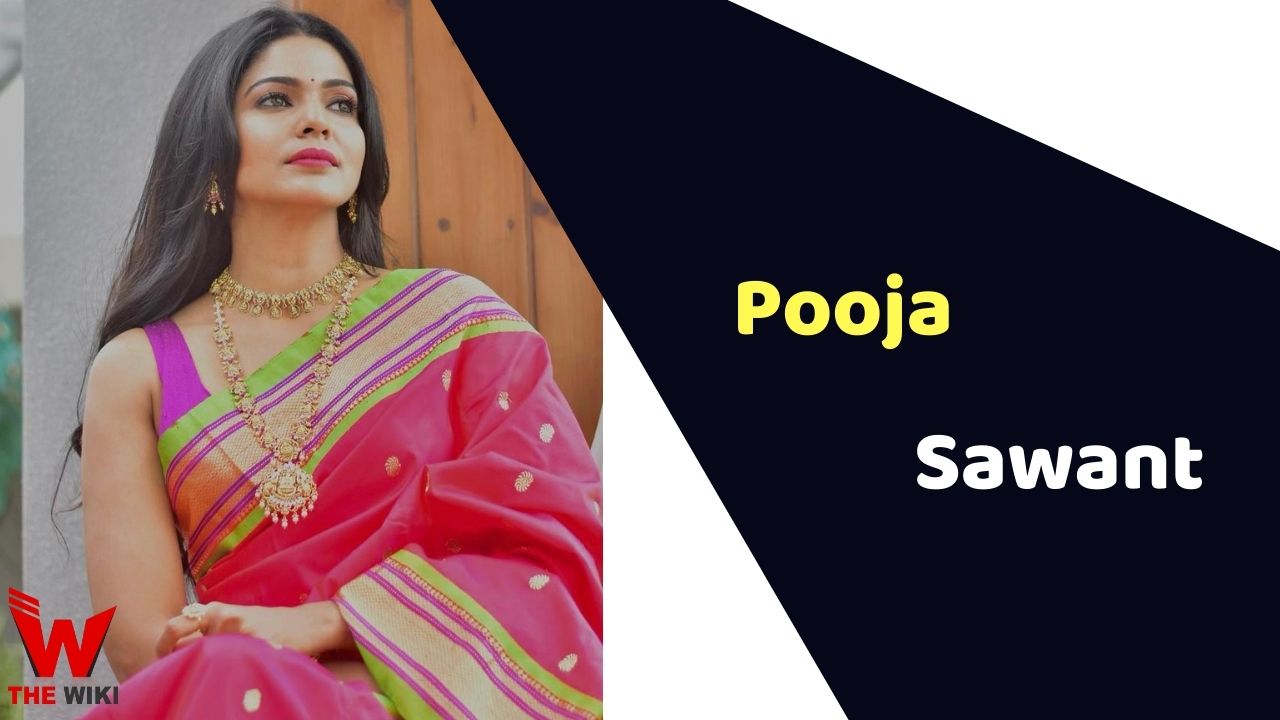 Pooja Sawant is an Indian film actress who works predominantly in Marathi films. She made her debut in Sachit Patil’s multi-starrer film Kshanbhar Vishranti in year 2010. She has also worked in several popular films like Zhakaas, Poshter Boyz, Lapachhapi, Dagdi Chawl etc. Pooja was also a contestant in the Boogie Woogie dance reality show. She has also appeared in television serials such as Wajale Ki Bara, Jallosh Suvarnayugacha, Eka Peksha Ek Jodicha Mamla, and others.

Pooja Sawant was born on 25 January 1990 in Mumbai, Maharashtra. Her father’s name is Vilas Sawant and her mother’s name is Amruta Sawant. She has also a younger brother Shrey Sawant and sister Ruchira Sawant in the family.

Pooja wanted to become an actress since childhood, and so participated in various school events. She finished her schooling from Balmohan Vidya Mandir Mumbai and her university education from South Indians Welfare Society College, Mumbai.

Pooja won the beauty pageant Maharashtra Times Shrawanqueen in 2008 before entering in film industry.  She began her career with the Marathi multistarrer film Kshanbhar Vishranti, which became a cult classic among moviegoers. She starred alongside Ankush Choudhary in the film Zhakaas. Her second successful movie was Satrangi Re. Pooja was seen alongside Aniket Vishwasrao in the 2014 superhit Marathi film Poshter Boyz. She was later part of many films like Bali, Vijeta, Junglee, Lapachhapi, Cheater, Daagdi Chawl 2 etc.

In addition to films, Pooja has been featured in various Marathi reality shows, including Ek Peksha Ek Jodicha Mamala and Jallosh Suvarnayugacha.

Some Facts About Pooja Sawant

If you have more details about Pooja Sawant. Please comment below we will updated within a hour.