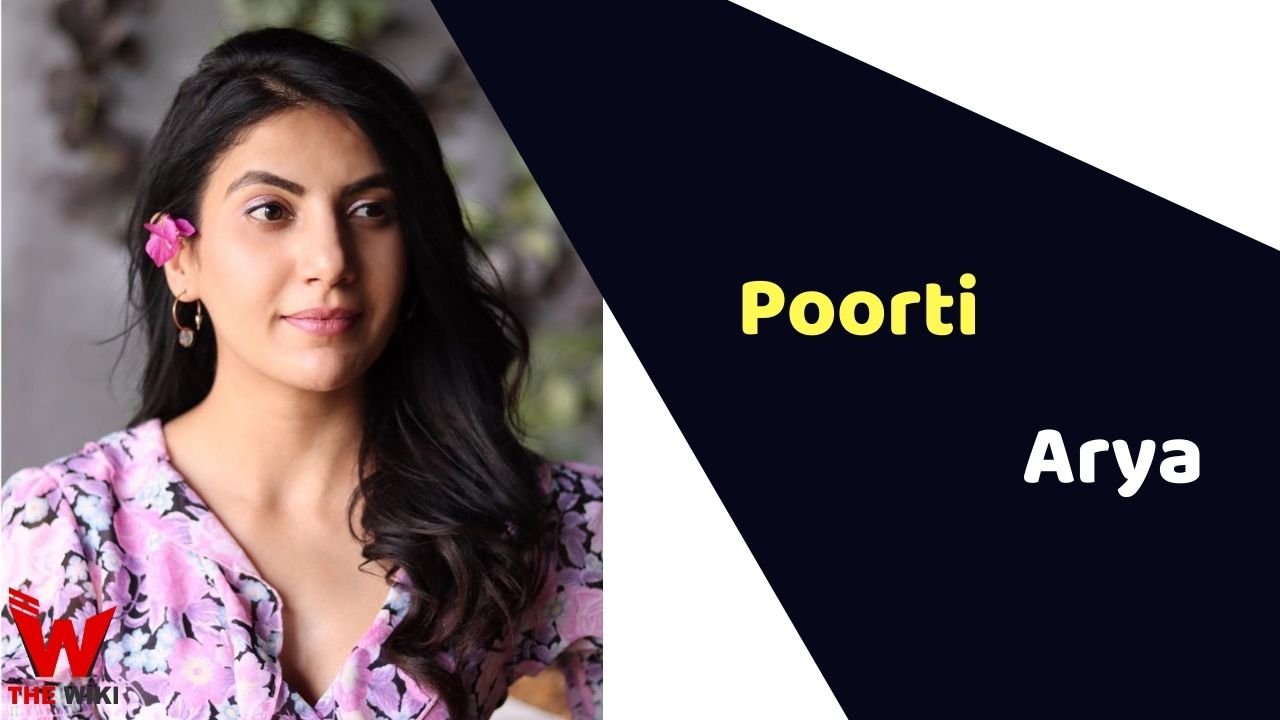 Poorti Arya is an Indian actress, model, and theatre artist. She was primarily works in the Hindi film and television industry. Arya is well-known for her roles in television shows such as Bade Achhe Lagte Hain 2, Har Mushkil Ka Hal Akbar Birbal, Narayan Narayan, Agent Raghav etc. She also made her film debut in the 2018 film Jalebi.

Poorti Arya was born on 21 July 1995 in Nagpur, Maharashtra. Her father Vedprakash Arya owns a private business while her mother Kamal Arya volunteers for several non-governmental organizations. She attended Centre Point School International in Nagpur and afterward Sanjeewan Vidyalaya in Panchgani for her primary and secondary education. She then enrolled in the National Institutes of Fashion Technology (NIFT). Arya began her modeling career and appeared in several commercials.

Arya started her career as a trend stylist and later moved from Mumbai to Nagpur to attend NIFT. She worked as a fashion stylist for a few years. She began her career as a model. She was featured in several print advertisements.

Some Facts About Poorti Arya

If you have more details about Poorti Arya. Please comment below we will updated within a hour.