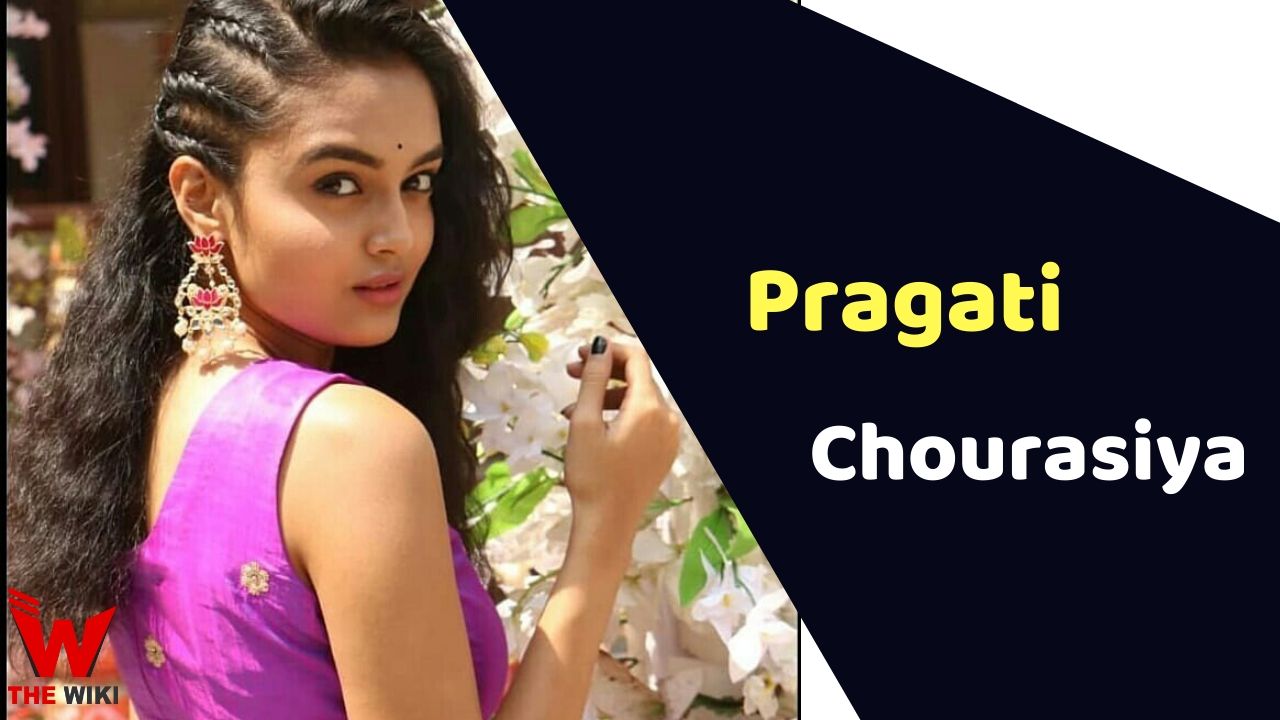 Pragati Chaurasia is an Indian television actress, she is known for television serial Shastri Sisters, Bayttaab Dil Kee Tamanna Hai and Gathbandhan. She is originally from Mumbai.

Pragati Chaurasia was born in Mumbai, Maharashtra. Pragati’s father wanted to become an actor but he could not fulfill his dream but he inspired his daughter Pragati to become an actress. Pragati started working in the television world from the age of 4. In 2004, she worked in the television serial Kahiin to Hoga. In this show, she was seen as child Kashish. After which she also appeared as Piya Ram Kapoor in Bade Achhe Lagte Hain.

As a mature actress, she appeared in the television serial Jodha Akbar, in which she played the role of Princess Shivani. Pragati Chaurasia played the role brilliantly and her character managed to make a place in the hearts of people. She has so far worked in television serial Bayttaab Dil Kee Tamanna Hai, Shastri Sisters, Jassi Jaissi Koi Nahin, Chandra Nandini and Gathbandhan.

Some Facts About Pragati Chourasiya

If you have more Details about Pragati Chourasiya. Please comment below we will updated within a hour.