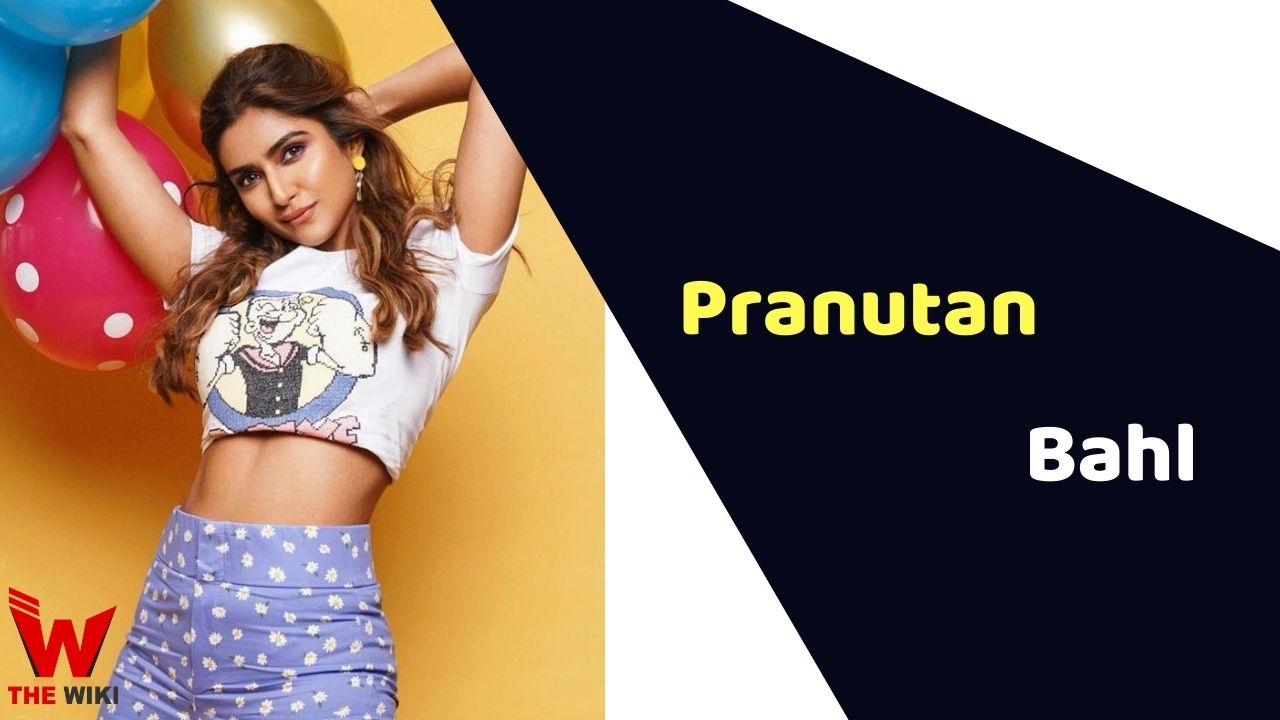 Pranutan Bahl is an Indian actress. She made her Bollywood debut with the film Notebook in the year 2019. Pranutan has also worked in film Helmet alongside, Aparshakti Khurana and Ashish Verma. She is daughter of well-known Bollywood actor Mohnish Bahl.

Pranutan was born on 10 March 1993 in Mumbai, Maharashtra to actor Mohnish Bahl and actress Aarti Bahl. She belongs to a Hindu Khatri family. She has a younger sister Krishaa Bahl in the family. Nutan, her late maternal grandmother was a well-known actress and Rajnish Bahl, her late parental grandfather was a Naval Lieutenant Commander.

Pranutan had aspired to be an actor since she was a child. She completed her schooling at Cathedral and John Connon School, Mumbai, and her college studies from Government Law College Mumbai. She holds a Bachelor of Legal Science & Bachelor of Law (B.L.S. LLB) degree and Master of Laws (LL.M).

Pranutan was a trained attorney before deciding to pursue a career in the film industry. She rose to fame after debuting in the film Notebook, produced by Salman Khan Films. She faced several auditions and interviews before chosen for the film. Recently she starred alongside Aparshakti Khurana and Abhishek Banerjee in the film Helmet.

Some Facts About Pranutan Bahl

If you have more details about Pranutan Bahl. Please comment below we will updated within a hour.