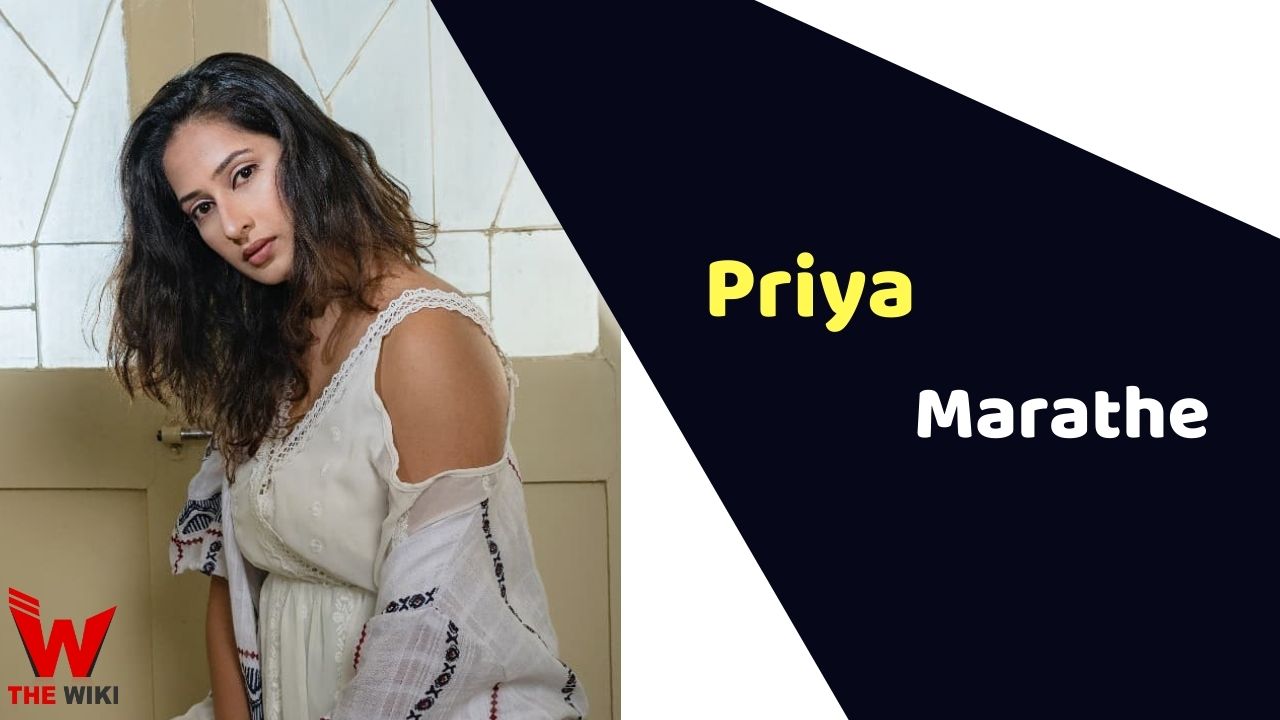 Priya Marathe is an Indian television and film actress. She is especially famous for her role as Varsha in the television series Pavitra Rishta. She was known for her negative role in the TV show Saath Nibhana Saathiya.

Priya began working as a call center executive for approximately three months. She started her acting career in 2008 with the Marathi TV series Ya Sukhano Ya. She made her television debut and eventually appeared in several other Marathi series, including, Char Divas Sasuche. Priya is most famous for her roles as Varsha in the television series Pavitra Rishta and Bhavani Rathod on Saath Nibhaana Saathiya.

Her first appearance on the Hindi series was at Kasam Se, where she performed as Vidya Bali. She also starred in the comedy reality TV show Comedy Circus. She acted the part of Bhavani in the spectacle, An evil-natured woman who murdered her husband.

Some Facts About Priya Marathe

If you have more details about Priya Marathe. Please comment below we will updated within a hour.