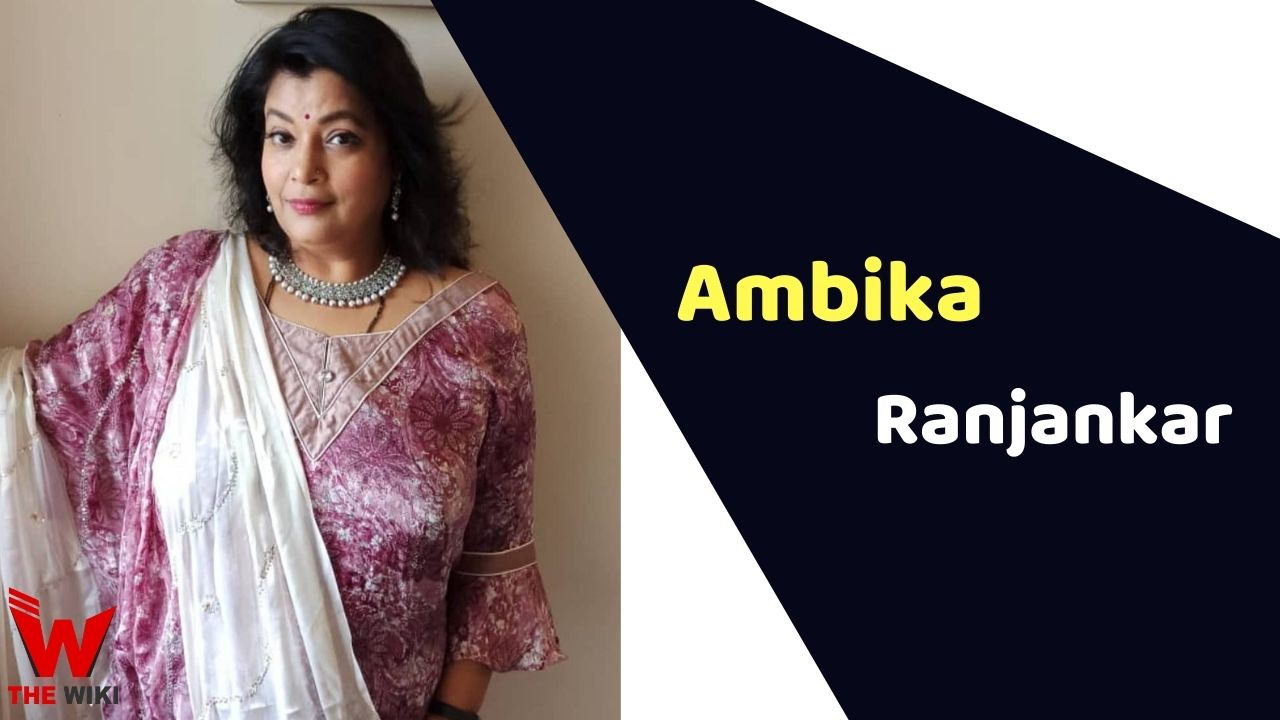 Ambika Ranjankar was born on 6 July 1970 in Karnataka, India. Her mother’s name is Savita Soukur. She has completed schooling in St. Thomas High School, Goregaon, Maharashtra, from 1997 to 1990. Ambika began attending Mithibai College in 1990 and obtained a degree in B.A. in Sociology in 1995.

Ambika has been involved in the Indian cinema and television industry for more than 25 years. She is a popular South Indian television actor, singer, and voice-over artist. But she obtained recognition in her role as Ms. Komal Hathi in the long-running series Taarak Mehta Ka Oolta Chashma. Prior to TMKOC, she worked in the Gujarati Theatre. She has also worked as a voice-over artist on several TV series.

Ambika got married to Arun Ranjankar on 20 November 1995. They have a son named Atharv Ranjankar.

Some Facts About Ambika Ranjankar

If you have more details about Ambika Ranjankar. Please comment below we will updated within a hour.