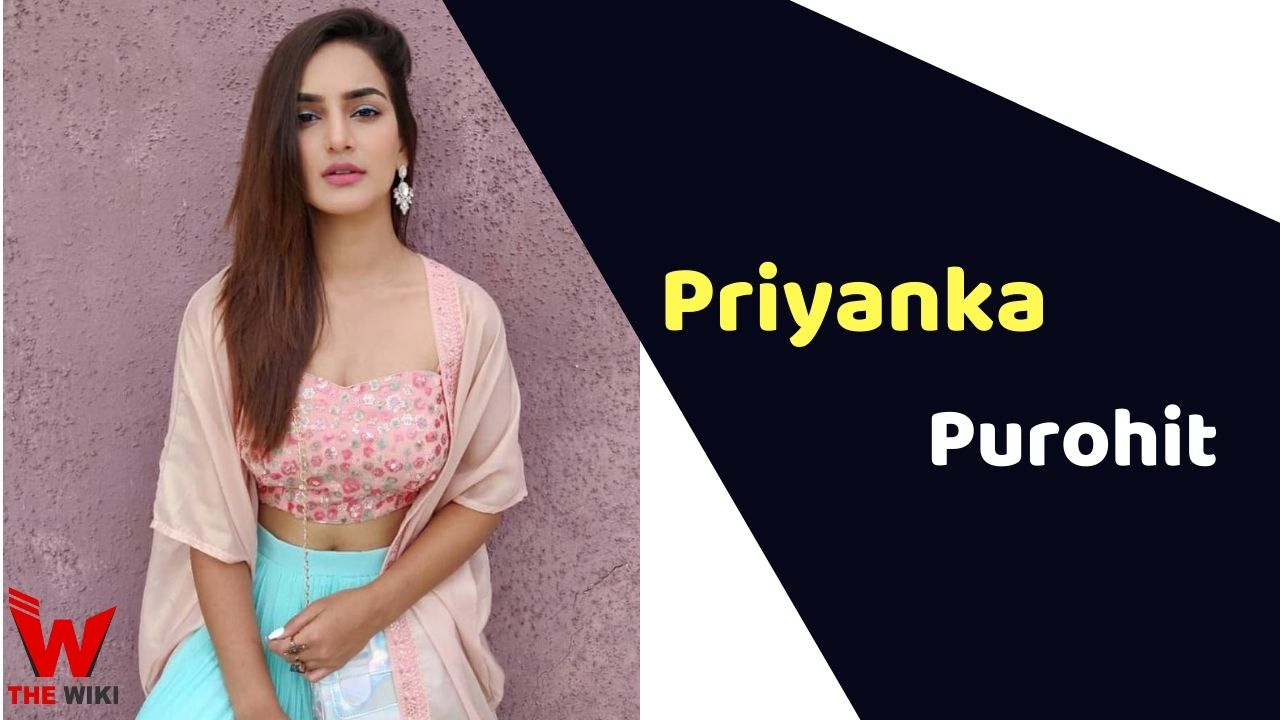 Priyanka Purohit was born on 7 October 1991 in Mumbai, Maharashtra. She belongs to a Brahmin family. She also has an elder sister and a younger brother in family. Purohit has completed her school and college studies from Mumbai itself. She started modeling when she was in college.

Purohit started her career with Yeh Dil Sun Raha Hai in 2015. She was seen as Gauri in the show. Later she worked in several television shows such as Bandhan, Kalash, Krishnadasi, Sanyukt, Half Marriage, Tera Kya Hoga Alia etc. Purohit also appeared in season 7 of MTV Splitsvilla. She was nominated for Favorite Naya Sadasya (Female) at Zee Rishtey Awards (2018).

Some Facts About Priyanka Purohit

If you have more details about Priyanka Purohit. Please comment below we will updated within a hour.