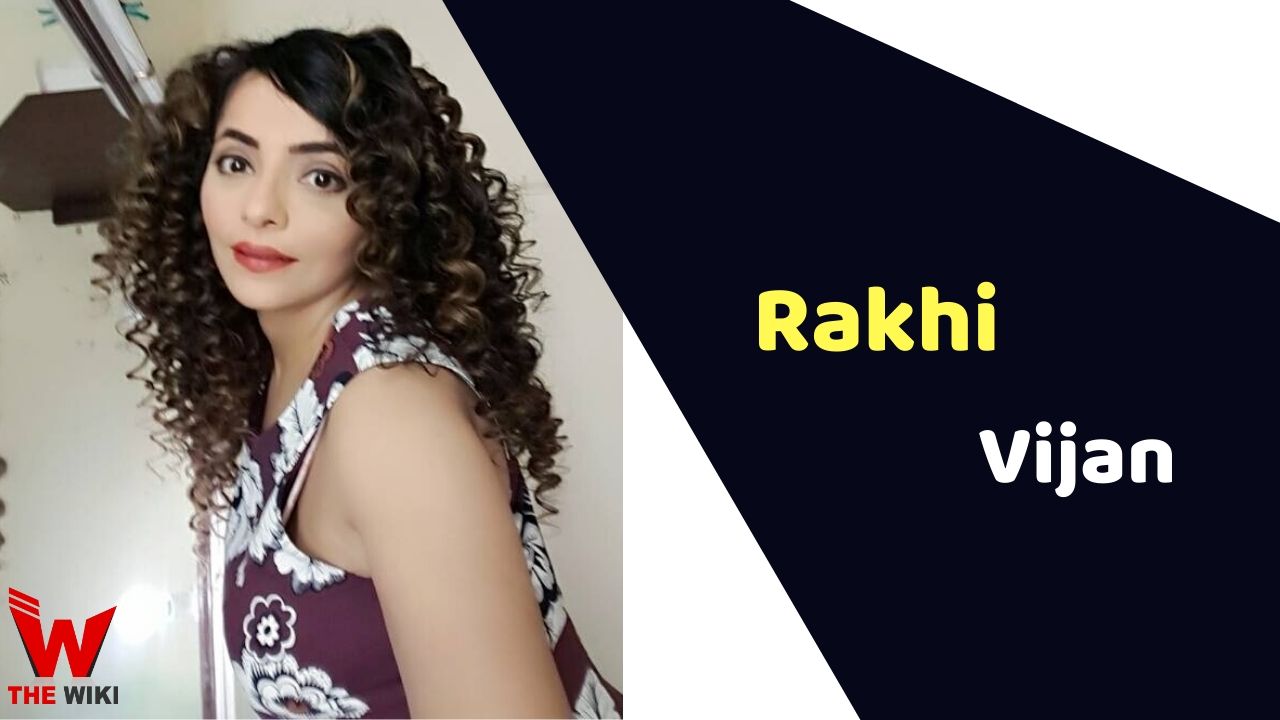 Rakhi Vijan (also known as Rakhee Tandon) is an Indian television actress. She is known for serials like Hum Paanch, Naagin 4 and Tera Kya Hoga Alia. She started her career in 1991 with the Doordarshan show Dekh Bhai Dekh.

Rakhi Vijan was born in Mumbai, Maharashtra. She is the daughter of Geeta and Narinder Vijan. Apart from her, she has two siblings Pooja Vijan Puri and Rishi Vijan in the family. She was fond of acting since childhood but her family was against this passion. Hiding from her father, she used to audition for television shows.

Rakhi got her first breakthrough of career from the television show Dekh Bhai Dekh in 1991. After this she also appeared in Zee TV channel shows Banegi Apni Baat and Baat Ban Jaaye. Rakhi became famous in 1995 show Hum Paanch. After this show,Rakhi did not look back again. She has acted in more than 50 television serials till now. Apart from television, she has also been active in the film industry. She has acted in films such as Krrish 3, Money Hai Toh Honey Hai, Golmaal Returns and Thank you.

Rakhi Vijan married Rajiv Tandon in the year 2004. Rajiv is the brother of Bollywood actress Raveena Tandon. After living in Married Life for 6 years, the couple took divorced due to incompatibility and different views issue. Rakhi did not marry after this. They also have no children.

Some Facts About Rakhi Vijan

If you have more details about Rakhi Vijan. Please comment below we will updated within a hour.