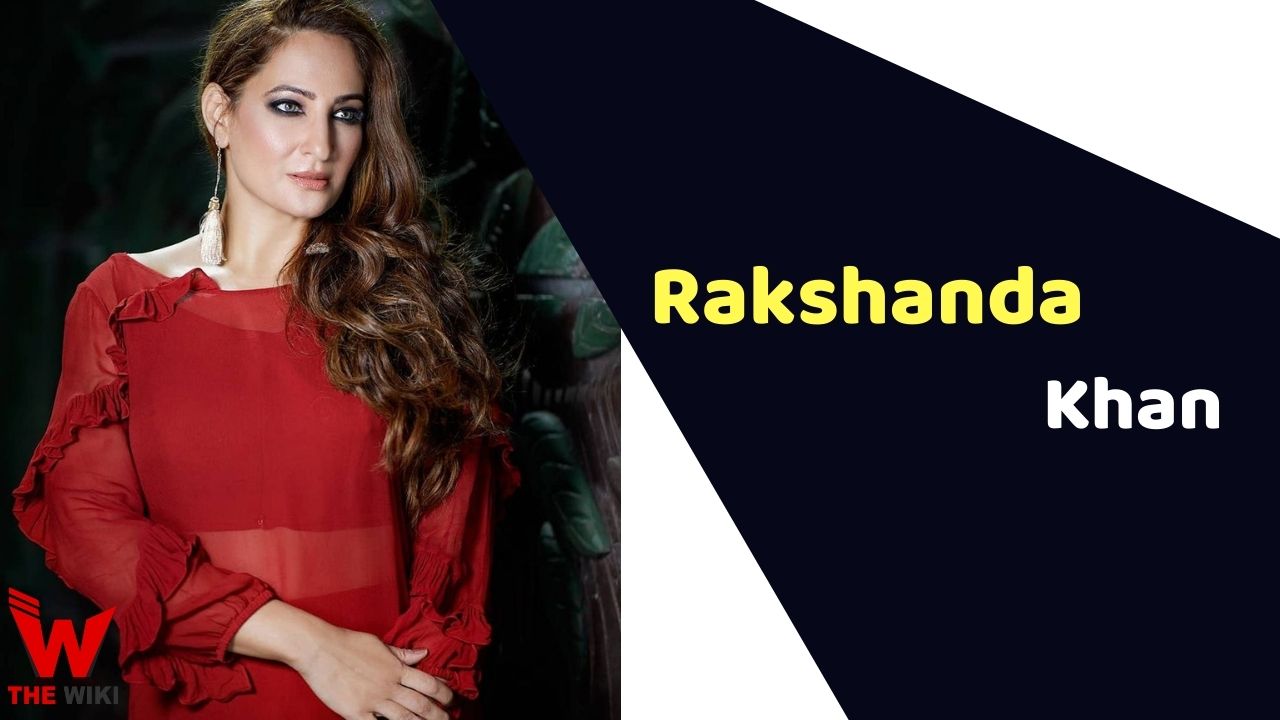 Rakshanda Khan is an Indian television actress, voice over artist and model. She is known for her negative portrayal in television show Kyunki Saas Bhi Kabhi Bahu Thi and Jassi Jaissi Koi Nahin.

Rakshanda Khan was born on 27 September 1974 in Mumbai, Maharashtra. She belongs to an Islamic family. She has 3 brothers and 2 sisters – Sahar Kayani and Asfia Yazdani Khan. Khan has completed her schooling at St. Xavier’s College-Autonomous, Mumbai. She has done her graduation in English Literature from The Alexandra Girls’ English Institution, Mumbai.

Khan has a long career in the entertainment industry. She started her acting career on the television series Thriller At 10 in 2000. She played a episodic role in the show. After that Khan acted in Sony Entertainment show Jassi Jaisi Koi Nahin as Mallika Seth in 2003-2005. During that time, she also acting in one more serial Kyuki Saas Bhi Kabhi Bahu Thi. It was a popular television show of that time that aired on Star Plus, in which she played the character of Tanya Malhotra.

Apart from acting, she has dubbed various Hollywood English movies in Hindi which include Iron Man, Iron Man 2, The Mummy, Total Recall, Mission Impossible – Rogue Nation, and an animated movie The Incredibles.

Khan married her long-term boyfriend Sachin Tyagi. They both tied the knot on the 15 March 2014. This couple has been blessed with a pretty little girl Enaya Tyagi in the same year.

Some Facts About Rakshanda Khan

If you have more details about Rakshanda Khan. Please comment below we will updated within a hour.