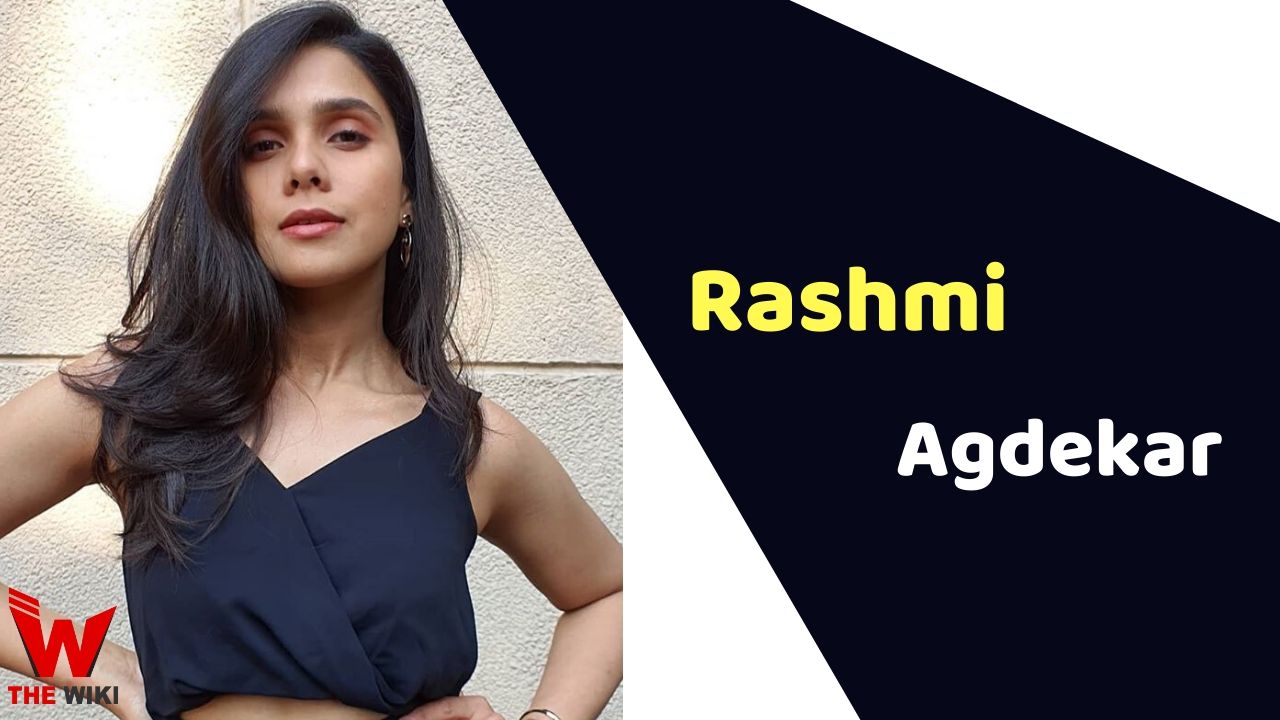 Rashmi Agdekar is an Indian actress. She is known for the web series ImMATURE, Rasbhari, Awkward Conversations with Girlfriend and Dev DD. Agdekar has also acted as Dani in the Bollywood film Andhadhun. She started her career in 2017 with Alt Balaji’s series Dev DD.

Rashmi Agdekar was born in Mumbai. She is the elder daughter of Prakash and Vandana Agdekar. She belongs to a middle-class Hindu family. Apart from her in the family, she also has a younger brother Abhishek. Rashmi had dreams of making a career in the acting industry since childhood. After completion of studies, she started working in the acting industry.

Rashmi got her first breakthrough from Alt Balaji’s web series Dev DD, in which she played an important character of Chandni. After this, she appeared in TVF’s web series ImMATURE, playing the lead. This series made her quite popular among India’s youth. In this series, she essayed the role of Chhavi Upadhyay. She then appeared in several web series such as The Insiders, Dosti Ka Naya Maidan, Awkward Conversations with Girlfriend and Rasbhari.

Some Facts About Rashmi Agdekar