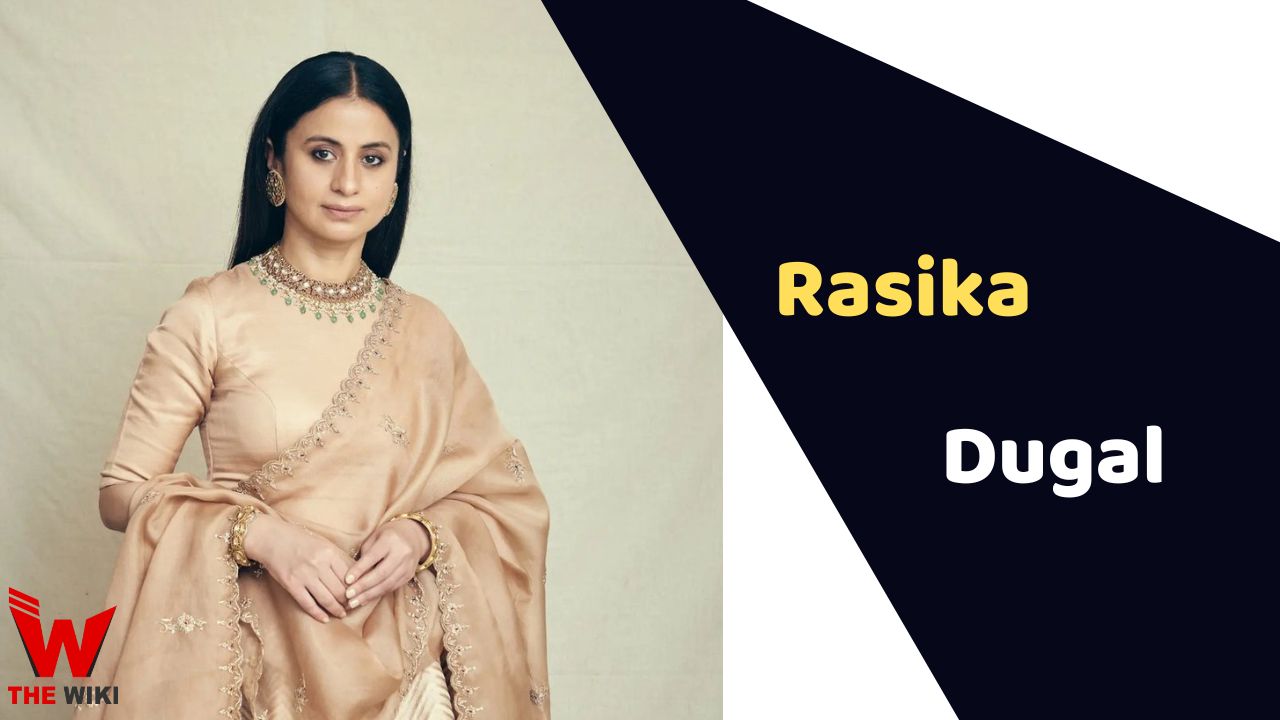 Rasika Dugal is an Indian actress who worked in many films and television shows. She is best known for playing Beena Tripathi role in Amazon Prime web series Mirzapur. She performed in many movies like No Smoking , Aurangzeb, Hamid, Tu Hai Mera Sunday and many more. Rasika started her career as an actress in through Hindi film Anwar directed by Manish Jha.

Rasika Dugal was born on 17 January, 1985 in Jamshedpur, Jharkhand. Her mother’s name is Raveen Dugal. Rasika did her schooling from Sacred Heart Convent School. After that she completed her graduation in mathematics from lady Shri Ram College for Women, Delhi. She later did her post-graduation diploma in Social Communication Media from Sophia Polytechnic for a diploma in acting.

Rasika started her career in 2007 by appearing in Bollywood film and made her debut by a film named Anwar which was released in 2007. Rasika performed a small role of Deepti alongside Siddharth Koirala, Manisha Koirala, Rajpal Yadav and Nauheed Cyrusi. She did many supporting roles in movies like No Smoking, Hijack, Tahaan, Agyat, Kshay, Aurangzeb and many more. She did an outstanding work in film Qissa (2015), in which she received praise from critics as well as audience. Rasika In 2018, Rasika was seen in the character of Safia, Manto’s wife in the biographical movie Manto based on the life of writer Saadat Hassan Manto, for which she garnered her first Screen Award nomination in the category Best Supporting Actress.

Besides films, Rasika also did many TV shows like Powder, Rishta.Com, Kismat And Upnishad Ganga which broadcasted in 2012. She did a series named Dariba Diaries (2015) as a role of a lady named Zeenat Bano. In November 2018, she was appeared in a web series named Mirzapur as Beena Tripathi.

In 2010, she was married to actor Mukul Chadha in a private ceremony held in Mumbai. Mukul is known for playing the character of Jagdeep Chadda in the official Indian adaptation of The Office.

Some Facts About Rasika Dugal

If you have more details about Rasika Dugalt. Please comment below we will update within an hour.