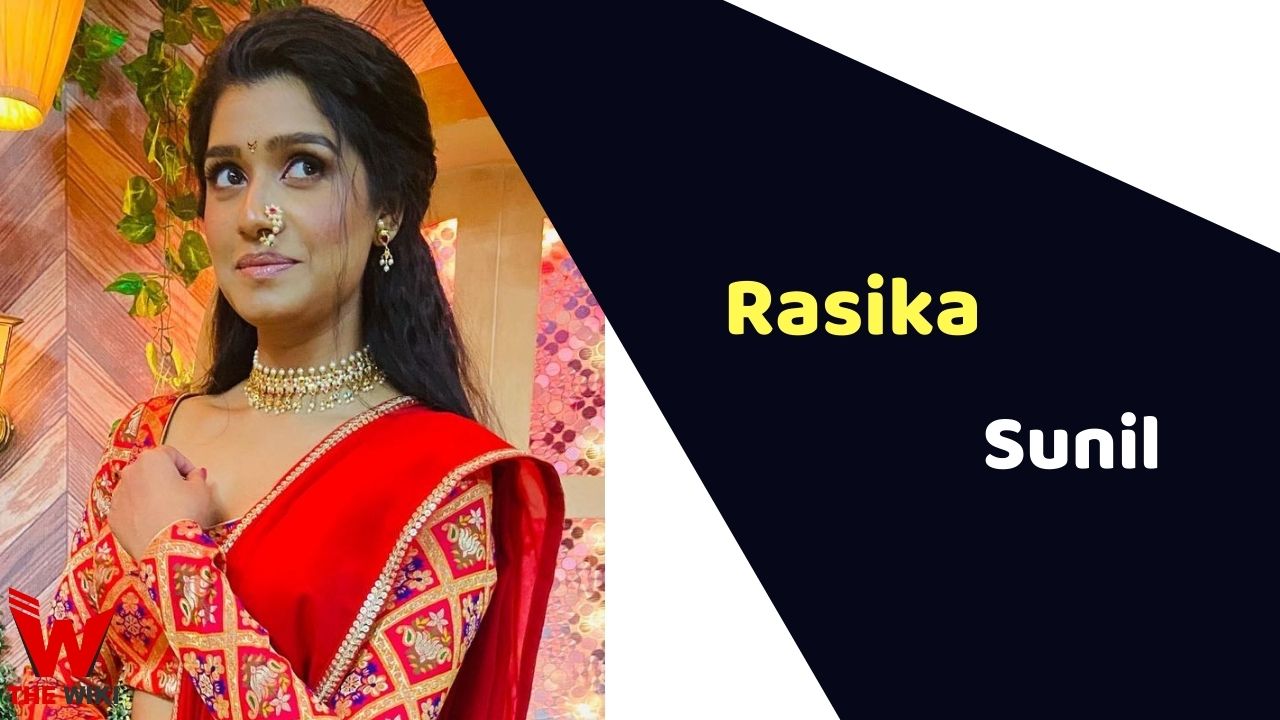 Rasika Sunil Dhabadgaonkar is an Indian actress. She is known for her portrayal in Marathi television show Majhya Navryachi Bayko. alongside Anita Date-Kelkar. In 2016, Rasika made her film debut with Poshter Girl, directed by Sameer Patil. She has worked in several films including Baghtos Kay Mujra Kar, Bus Stop, Girlfriend, Wild Geese etc.

Rasika Sunil was born on 3 August 1992 in Akola, Maharashtra. Her father is a chartered accountant and her Mother name’s is Manisha, also an actress. She completed her degree from K.G. Joshi, Bedekar College, Thane. Rasikal is very well in classical dance and diploma in Bharatnatyam. She has Sangeet Visharad in classical music. Rasika has participated in various competitions like youth festivals and Rajya Natya Spardhas.

Rasika started her career with commercial plays. She is majorly known for playing the character of Shanaya in Mazhya Navryachi Bayko. She also worked in a International short film Wild Geese. Rasika has participated in the Lux Jhakaas Heroine Contest on 9x TV. She appeared in the Bus Stop in which, she played a youth girl. Rasika also performed in a music video, Tum Bin Mohe.

Rasika Sunil is currently in relationship with Aditya Bilagi, LA based engineer.

Some Facts About Rasika Sunil

If you have more details about Rasika Sunil. Please comment below we will updated within a hour.