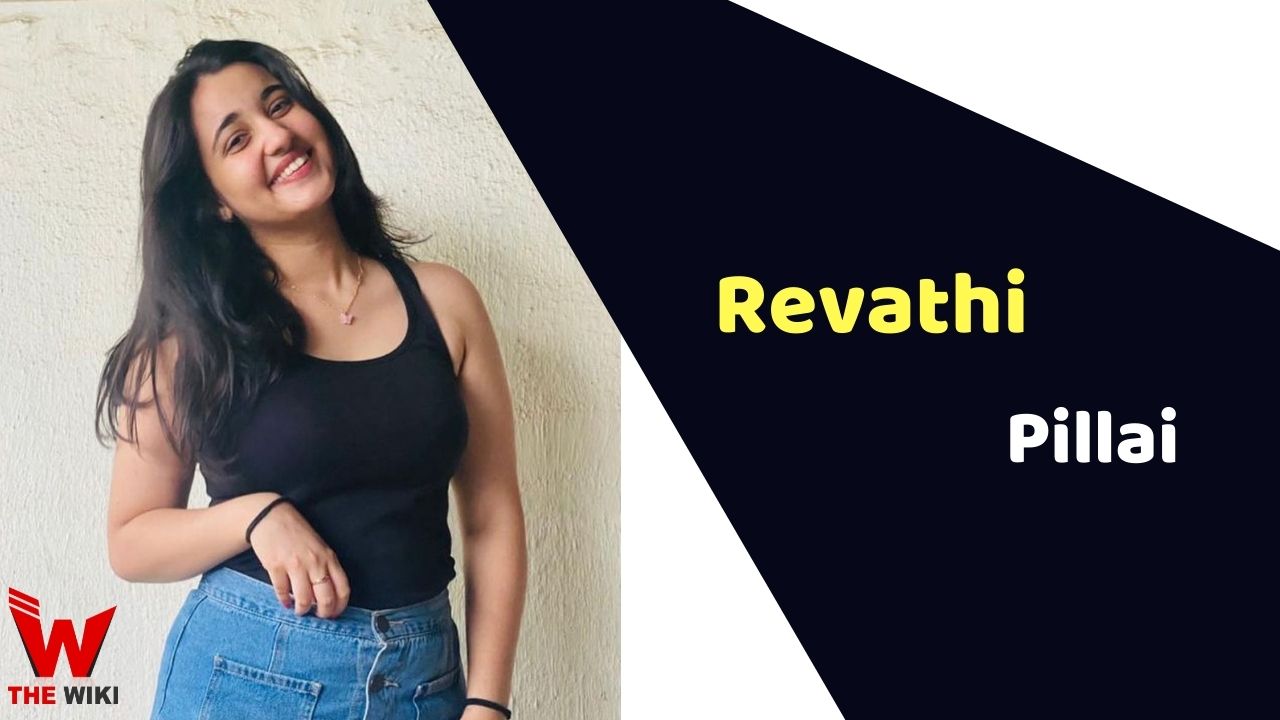 Revathi Pillai is a television series actress. She is best known for her work in Yeh Meri Family (2018), Special Ops (2020) and Kota Factory (2019). She has also appeared in various YouTube sketch videos of FilterCopy and TVF.

Revathi Pillai was born on 5 June 2002 in Thane, Maharashtra. Her father’s name is Manoj Pillai, and her mother’s name is Sheeja Pillai. She completed her 12 examinations from DAV School, Thane.

Pillai initiated her career with the TVF’s television comedy-drama web series Yeh Meri Family as Vidhya in 2018. She starred in India’s first black and white TVF series Kota Factory as Vartika Ratawal. She played the role of Pari in the Hotstar original series Special Ops in 2020. In 2020, she acted in 3 episodes of the television comedy series The Interns as Viveka Chaturvedi. The series deals with the stories of three modern trainees from Digital Diva.

Some Facts About Revathi Pillai

If you have more details about Revathi Pillai. Please comment below we will updated within a hour.