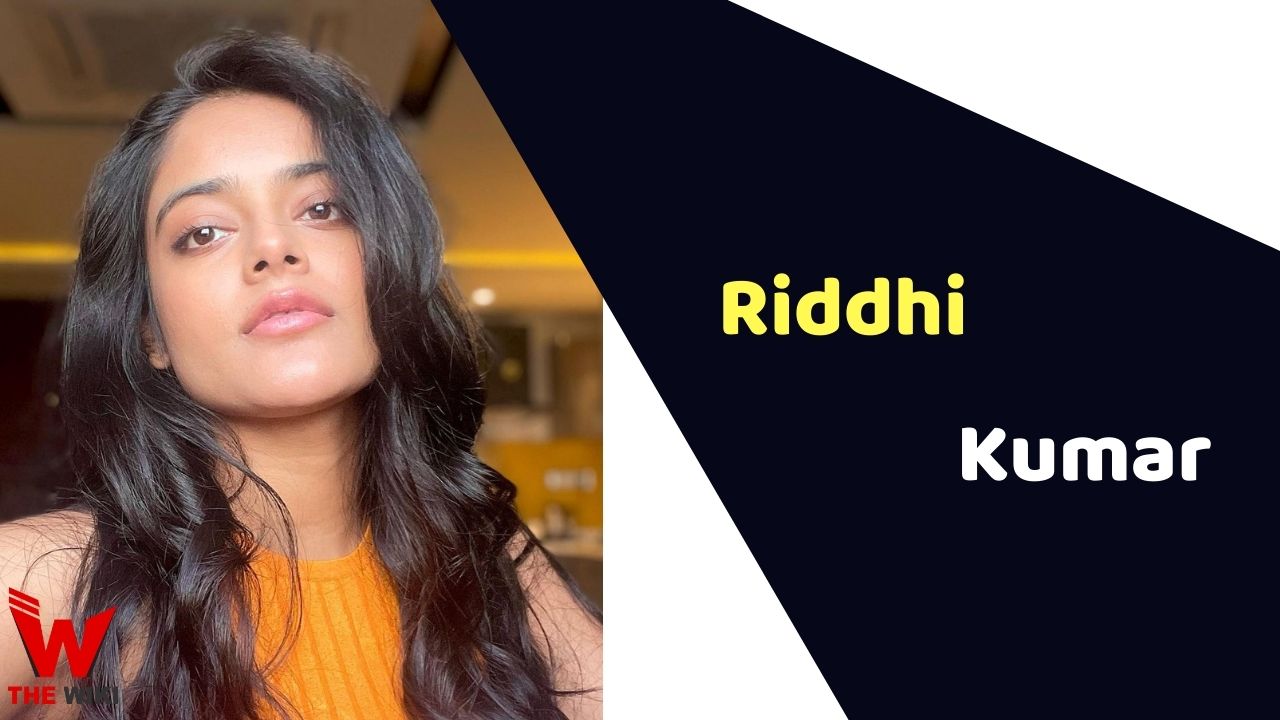 Riddhi Kumar is an Indian actress and model. She is known for playing lead role of Kalki Rawat in Voot Select’s web series Candy and Shanaya Qazi in Amazon Prime’s Crash Course. She has also worked in films like Pranaya Meenukalude Kadal, Dandam and Radhe Shyam. Kumar is active in entertainment industry since 2018.

Riddhi Kumar was born on 22 February 1998 in Pune, Maharashtra to a well-to-do Hindu family. She completed her schooling from Army Public School of Pune and Bangalore. She has done graduation in Bachelor of Arts in Philosophy from Fergusson College. Kumar always had a dream to make a career in the acting industry. From the days of graduation, she started working in modeling. She has worked as a model in many television commercials and print shoots.

Kumar got her first breakthrough in the film industry with the 2018 Telugu film Lover, in which she appeared in the lead role of Charitha opposite Raj Tarun. She gained a lot of fame in the South film industry with this film. She later also got a chance to play the lead actress in Dandam (Marathi) and Pranaya Meenukalude Kadal (Malayalam). Apart from films, she appeared web series like Candy as Kalki Rawat and Human as Deepa.

Some Facts About Riddhi Kumar

If you have more details about Riddhi Kumar. Please comment below we will updated within a hour.