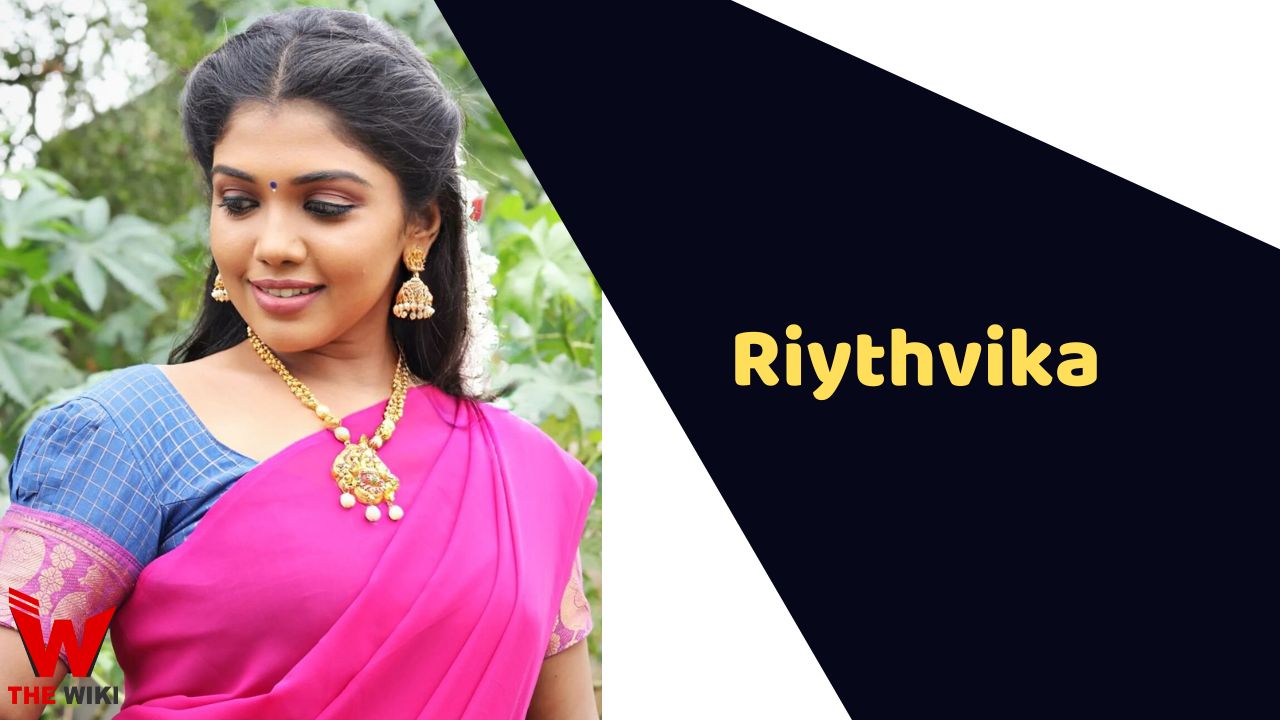 Riythvika Panneerselvam is an Indian actress who works in Tamil films and television series. She is best known for her success in Big Boss Tamil season 2, where she is only women till date to become the winner of the show. She started her career in acting by working in a film Paradesi which was released in 2013. She also played a role of a fiesty housewife in a film Madras (2014).

Riythvika was born on 5 August 1992 in Chennai, Tamil Nadu to a Hindu family. Her father is a welder and her mother is a homemaker. She has a sibling. Riythvika did her schooling at several schools. Firstly, she took admitted to Springfield Matric Higher Secondary School, Chennai and then joined Dr. K.K Nirmala Girls’ Higher Secondary school. After this, she completed her graduation from Chennai based Justice Basheer Ahmad Sayeed College For Women.

Riythvika always wanted to be an actress in films since her childhood. While studying in college, she acted in some short films and sent her photos to film PROs to enter in the film industry. After that, she gave multiple auditions and finally got selected for the role of Karuthakanni in a film Paradesi which was released in 2013. Later, she worked in a film Ninaithathu Yaaro (2014). In 2015, she did Madras which made her popular among Tamil audience and it was the ladder to her success in the film industry. She won the Filmfare Award for Best Supporting Actress Tamil for the movie.

After becoming famous, Riythvika was offered many films like Kabali ( 2016), Iru Mugan (2016), Torchlight (2018), and many more. She has also won the second season of Big Boss Tamil in 2018, and is the first women till date, and the second women in all south indian shows to win it.

If you have more details about Riythvika. Please comment below we will update within an hour.