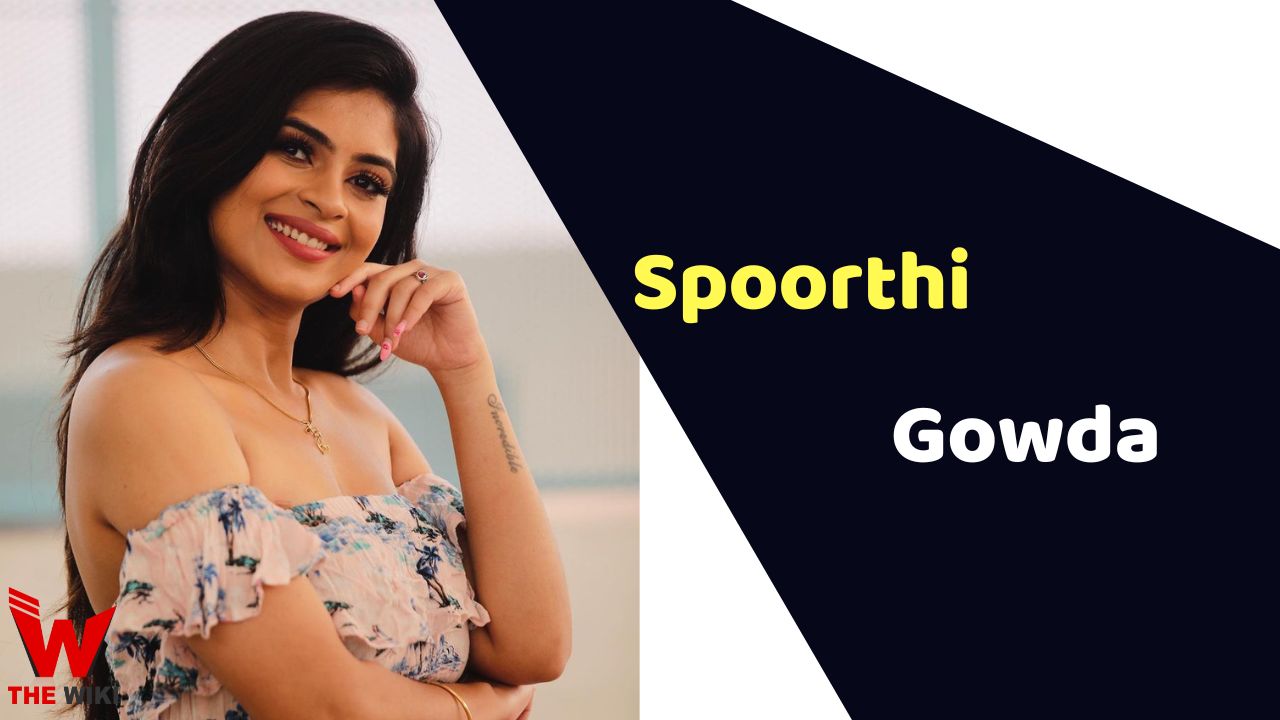 Spoorthi Gowda is an Indian actress and model who works in the south Indian television industry. She is also best known as a contestant on Big Boss OTT Kannada in 2022. She made her debut on television in a show Seetha Vallabha which was broadcasted on Colors Kannada Channel in 2018. In the very same year, she won the title of Miss Popular Face in South Karnataka.

Spoorthi Gowda was born on 29 June 1992 in Bangalore, Karnataka, to a Hindu family. Her mother’s name is Hema Gowda and has one sibling named Khushi Gowda. Ever since she watched her first movie Mungaru at the age of 5, she got fascinated by the world of acting, and her aspiration to become an actress started growing with time.

Spoorthi did her schooling at the local school in Bangalore. After which that, she went on to study for a Bachelor of Technology degree but due to some personal reason, she dropped out in the final of her college.

She is also been part of a reality show Pyate Hudgir Halli Life Season 4 (2018), which is a show about young city girls taking up the challenge to live and explore the village atmosphere, wherein they will face different tasks and assignments and the one who will be able to successfully adjust herself in the atmosphere will be titled the winner.

In 2021, Spoorthi was also seen playing the lead of Bhagya Laxmi in the popular Telugu show Kanyadhanam. After she never looked back and has done several shows such as Super Minute, Champion and Super Kabaddi, etc.

In 2022, she is seen as a contestant on a reality show named Big Boss OTT Kannada season 1, where she establishes herself in front of her audience to gain more popularity. Some of the popular contestants that can be seen with her on the show are Sonu Srinivas Gowda, Sanya Iyer and Jayashree Aradhya.

In 2021, Spoorthi’s mother passed away. She was super close to her mother and still misses her in an interview with a local newspaper, she talked about her mother and shared how she is taking up all the challenges with a smile on her face as her mother told her to not shrink for anyone. She also talked about her past life betrayal with people and said that the only person she trusts truly is her father.

Some Facts About Spoorthy Gowda

If you have more details about Spoorthy Gowda. Please comment below we will update within an hour.